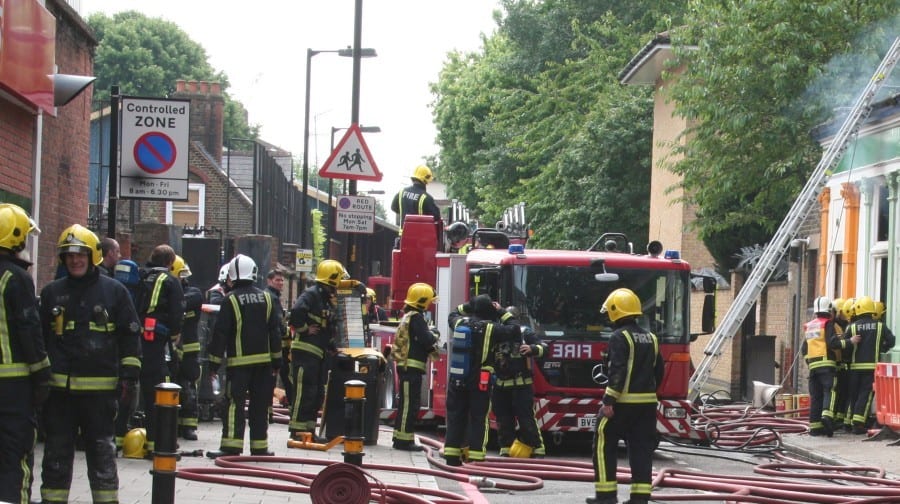 A stock photo of a fire crew.

A woman sustained burns in a maisonette fire in Kennington last week.

The blaze in Hillingdon Road is thought to have been started by a discarded cigarette at around 9am.

Four fire engines and around 21 fire fighters and officers from Lambeth, Peckham and Dowgate fire stations attended the incident and got the flames under control by 10am.

The woman, who was rescued by fire fighters, was treated for smoke inhalation and minor burns at the scene by London Ambulance Service.

A London Fire Brigade spokesman said:”If you smoke, it’s vital that you make sure your cigarette is out when you’ve finished smoking it.

“It is also important never to leave lit cigarettes, cigars or pipes unattended, as they can easily overbalance as they burn down, land on a carpet or newspaper and start a fire.

“Never smoke in bed – if you need to lie down, don’t light up. You could doze off and set your bed on fire.”