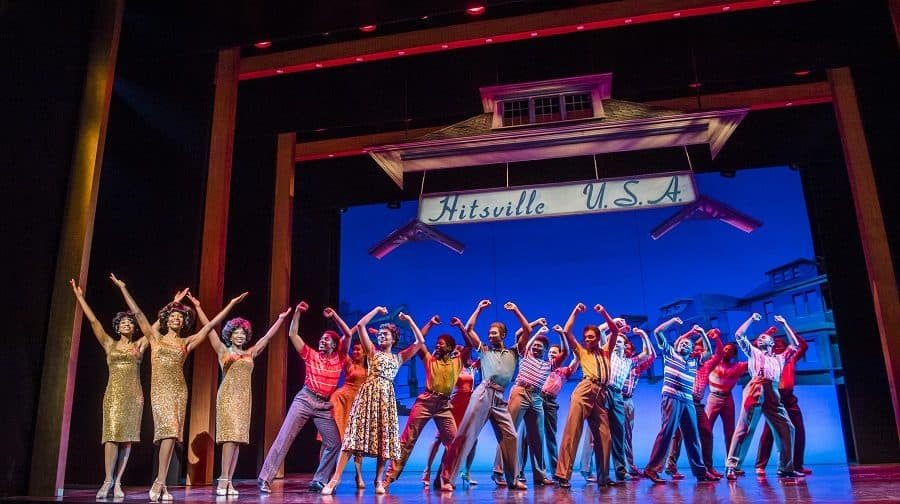 A Kennington boy who plays a young Michael Jackson in the hit West End musical Motown has said landing the part left him “speechless”.

Thirteen-year-old Tumo Reetsang, from Kennington, shares his new role with Rio Myers, ten, from Lewisham, as part of a new cast announced in February.

He told the News he was “so excited” to join the production, which he had seen performed “multiple times”.

He said: “I felt so ecstatic and I’m very grateful to be in the show.

“When I found out that I got the part, I was speechless and I’m quite a talkative person! “It wasn’t just being part of any ordinary show, it was joining a legacy that had been built up over 50 years!

“I was playing one of the world’s greatest performers in front of an audience.

“Obviously there were some first day jitters but after my first show I really settled into the motown family.”

Tumo first got into musical theatre after taking part in drama lessons at primary school to help build his confidence, which led to him also joining the school choir.

The actor, who attends a performing arts school, had his first role in Everyman, at the National Theatre, before landing roles in Kinky Boots and Les Blancs.

He told the News his friends, family and teachers are very supportive: “Once my Aunty came to watch the show and she screamed my name while I was singing, I tried so hard not to burst out laughing!

“That’s one of the cool things about live theatre… the screaming aunties!”

As a massive motown, and Michael Jackson fan, who grew up singing Michael Jackson songs in talent competitions, Tumo is particularly delighted to be able to perform motown classics.

He said: “The motown sound has so much groove, funk and soul to it that has made its way through so many generations of people across the world.

“One of my favourite motown songs is I Heard It Through the Grapevine but I also favour Who’s Lovin’ You, which I sing in the show.

“MJ’s music was so special and it reached out to many audiences, just like motown music.”

Tumo said his favourite part of being on stage is “getting to do what I love and having fun, then getting a reaction from the audience which fuels me even more with so much positive energy,” and he says he is in the industry for the long-haul.

“I will definitely keep performing because it’s what I enjoy,” he explained, “there are so many different styles of acting and different types of stages and theatres which I really want to learn about.

“When I’m older, I would really like to venture into directing and also maybe get some stage-hand experience as well as acting in shows.”

Motown The Musical continues at the Shaftesbury Theatre, currently booking to 5 January 2019.