“I don’t think incompetent would be the word to describe how they have behaved, I think it’s been very underhanded," resident said 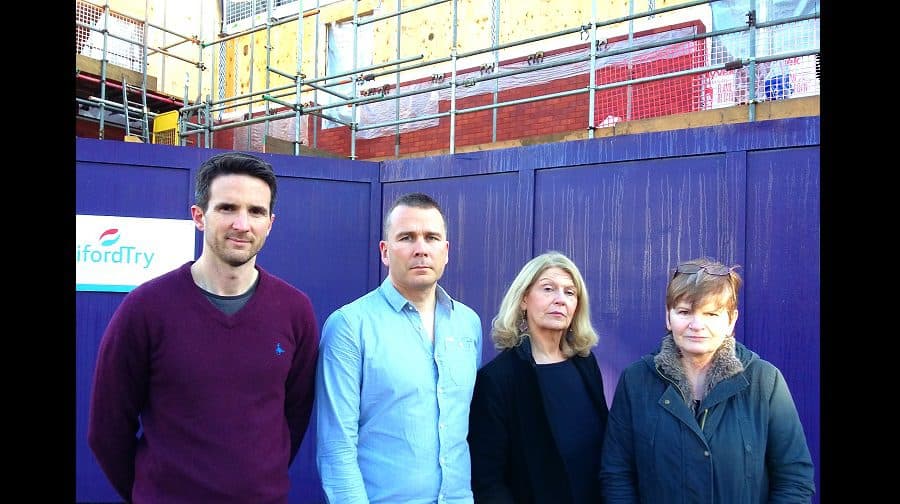 Kennington residents have called the council’s planning department “underhanded” after officers botched up plans for the expansion of a local primary school.

Southwark approved the construction of a two-to-three-storey block of nine classrooms for Keyworth Primary School in October 2015, which will see it double in size.

Now, neighbours opposite the new block are furious that builders are laying the wrong colour bricks for the school: dark red, rather than the yellow bricks in their houses, and seen throughout the borough.

David Doyle, who lives adjacent to the new classrooms in Sharsted Street, felt “misled” by the council.

“The planning officers changed the colouring of the bricks at the eleventh hour, without telling any of us,” he said.

“It’s going to look terrible. And when we complained recently, the head of planning told us what they had done was ‘legal’, but I would say they have been immoral.

The residents claim they were misled because Southwark’s planning application in 2015 had trailed a previous application in 2014, which residents campaigned to have altered to suit their neighbourhood. The stark colour change in the second application shocked them because they had been given the impression an agreement had been reached on how the finished building would look.

“You would think now that they might remedy it somehow, maybe start it again with the correct bricks. But instead they say it’s too late now – it would be too expensive,” David added.

“I don’t think incompetent would be the word to describe how they have behaved, I think it’s been very underhanded.”

The News reported last year on the residents’ long-running campaign to get other planning conditions met, which eventually saw the council’s planning team sign off the development. But that was on high court judge’s order that the new block would “match the existing original work, in respect of materials… detailed execution and finished appearance”.

The court order also banned the new block from being used as a general entrance for kids’ at the start and end of the day, for fears it would overwhelm the little cul-de-sac with traffic.

Another resident, Maggie Woods, said she thought the newly-built classroom windows would give them a view into neighbours’ bedrooms, also that they would get less sunlight.

Councillor Mark Williams, cabinet member for regeneration and new homes, said the colour of the bricks were changed in the second application to give a “strong identity” and “complement the red detailing” on the existing school building.

“We could have done more to draw people’s attention to the change and the wording on the new application could have been clearer, and we do understand that some residents feel disappointed and unhappy with the decision,” cllr Williams added.