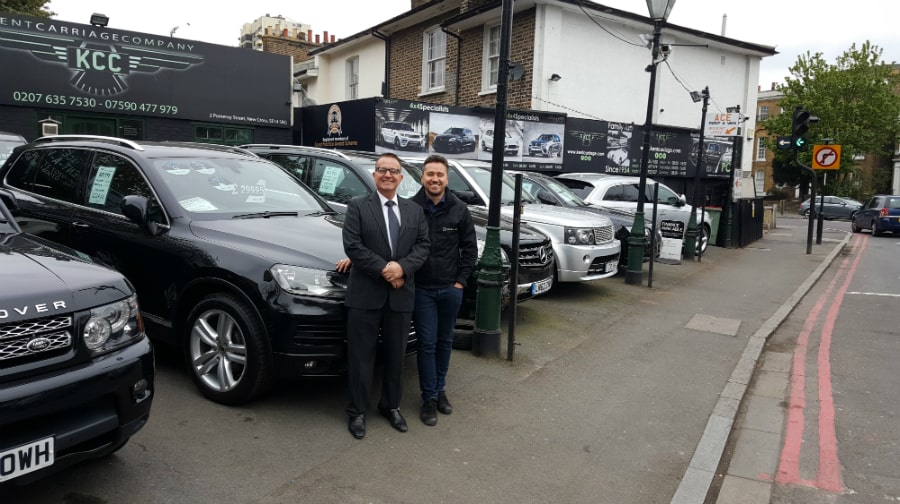 A 62-year-old family business has accused Transport for London of endangering their livelihoods with plans to put double red lines outside their car shop, writes Alex Yeates…

Kent Carriage Company on Pomeroy Street are concerned that the lines will put them out of business because it would prevent customers dropping in.

TfL previously put double red lines outside the company in 2013 only to be taken to the High Court as there had been no consultation.

Paul Houston, Kent Carriage Company’s owner, had to fork out £10,000 before TfL signed a consent form admitting they didn’t hold a consultation.

Now TfL’s most recent plans to hold a consultation on the project has been met with fierce opposition, including a petition being signed more than 613 times.  Mr Houston said: “We’ve seen all of the recessions, Black Wednesday, the blackouts of the ‘70s and all different sorts of crisis. Won’t it be such an irony that TfL is the final nail in the coffin?

“Common sense must override bureaucracy. Openness and transparency are meant to be important in a democracy but if they’ve already decided the outcome of the consultation then it is rigged.

“We are part of the community and its history and we only sell to local people. We’ve become a landmark and we won’t go quietly.”

TfL have responded to Mr Houston’s claims saying that the red lines are for safety reasons, making the junction operate better and to reduce the conflict between larger vehicles trying to pass.

Nigel Hardy, Head of Sponsorship and Surface Transport at TfL, said: “No decision has been made on proposed changes at this junction.

“We’ve been engaging with Kent Carriage Company for some time and we will hold a consultation into proposed safety improvements later this year.”

And I’m sorry, but a petition in no way shows what the level of opposition is. It is extremely easy to make an account (or multiple), and very easy to sign. Give an emotive title with little detail and you can convince many to do so.