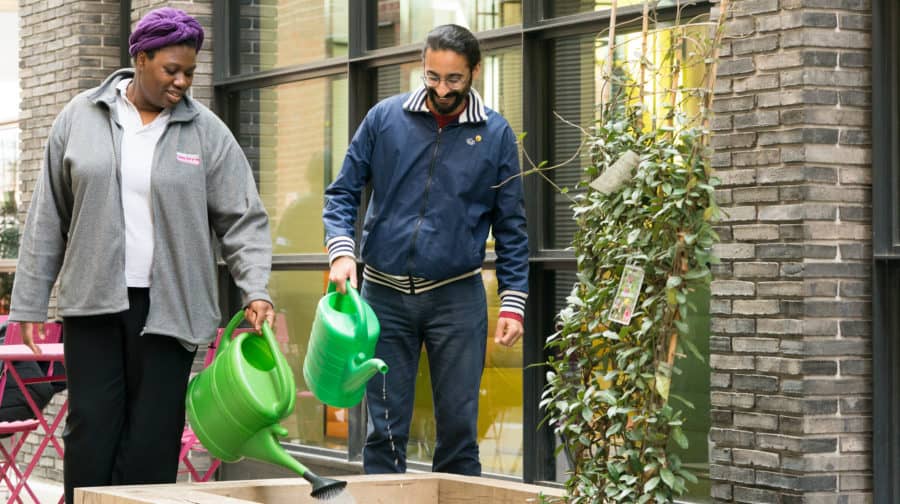 A historic Borough alleyway which connects two busy roads has been transformed into an eco-friendly walk-through.

The air in Keppel Row, just off Great Guildford Street, is now twenty-five per cent less polluted than it is in Southwark Street.

Councillor Livingstone said: “Keppel Row is an excellent example of how we can all work together to transform uninviting spaces into accessible and welcoming environments for pedestrians; offering cleaner air, sustainable drainage, public art and some welcome greenery, all away from busy A roads.

“I look forward to collaborating on the next phase of this project and taking what we’ve learned here to Borough High Street.” The alleyway has also been resurfaced with a water permeable treatment that enables rain water to pass through into a tank system below, reducing the risk of surface water flooding.

Also unveiled was a mysterious hooded golden figure overlooking the alleyway from a clomid info. The figure, by artist Marian Grolmus, is caped, to reference to the etymology of ‘Keppel’, meaning cape.

The project was delivered in partnership between the council, Better Bankside and the developers of 61 Southwark Street, with funding from the Mayor’s Air Quality Fund and Greener City Fund.