Kids trade school for the market

Southwark pupils gave Borough Market traders a run for their money as they flogged home-grown produce. 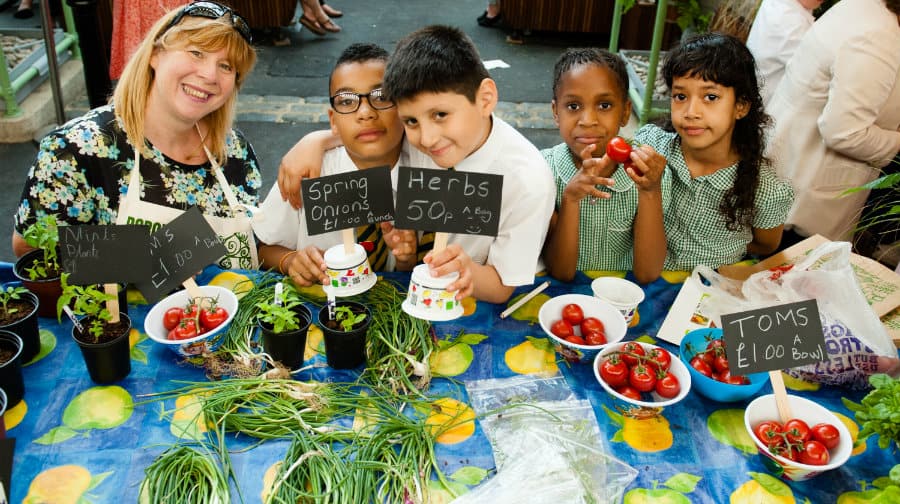 Southwark school children gave stall holders a run for their money last week as they flogged their own home-grown produce at Borough Market.

As part of the 1,000th birthday celebrations for the London landmark, children at Charlotte Sharman and Phoenix Primary in Southwark and St Jude’s in Lambeth were shown how to grow fruit and vegetables from seed.

The green-fingered pupils learnt from the best when Blue Peter gardener Chris Collins gave them a lesson on how to get the most from their school gardens and vegetable plots.

The children raised just over £300 on the day for Fare Share, a charity which creates much needed meals by rescuing good food which would otherwise go to waste. The Summer Sale event at the market was the culmination of the Grow Your Own project, supported by the School Food Matters charity and United St Saviour’s.