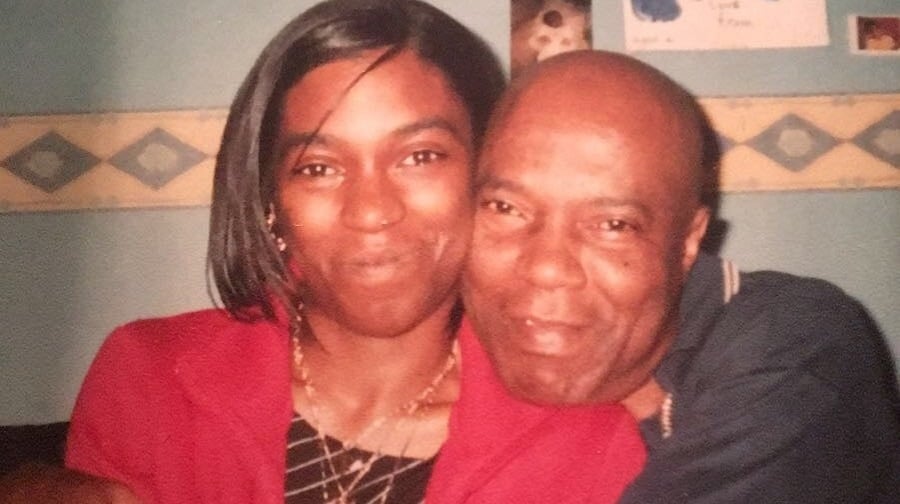 Marie and Noel were very close, the inquest heard, and spoke on the phone every day

Attempts were made to “dismember and conceal” the body of convicted sex offender Noel Brown, who was found murdered alongside his daughter from Southwark.

Police have today revealed Noel Brown, 69, and his daughter Marie Brown, 41, both died from strangulation at his flat in Deptford.

It has also emerged that attempts were made to dismember and conceal Mr Brown’s body – and that he was a registered sex offender, convicted in 1999.

Officers are attempting to establish whether Ms Brown “disturbed” her dad’s killer or killers, but today said they were “keeping an open mind” regarding the motive.

They have also appealed for information about two men seen visiting the flat in Deptford in the days prior to the murders.

The bodies of Mr Brown and his daughter, who worked at Ivydale Primary School, in Nunhead, were discovered by police at about 2.45am on Monday, December 4.

Ms Brown was last seen at midday on Saturday after going to check on her father, whom had not been seen in almost two days.

Police were contacted by a member of Ms Brown’s family shortly after 00.03am on Monday, after she failed to return to her home in Southwark.

Officers say there were no signs of forced entry to the flat in Deptford and, despite “speculation” Mr Brown’s murder was connected to a large gambling win, police keep an open mind.

“Our investigation is fast moving and making progress every day,” he said.

“I want to reassure people that we are doing all we can to find those responsible for the murders of Noel and Marie.

“I am asking the public to help us with any information they may have that could assist our investigation – specifically about two men who visited Noel’s flat in the days prior to his death. If that was you, or you know who it was, please get in contact with us.

“One of our key lines of enquiry is to establish if the suspect or suspects were known to Noel and if Marie disturbed them.”

Officers have been carrying out extensive inquiries around Mr Brown’s home, collecting CCTV and carrying out full forensic searches of the areas in and around his flat.

DS Monk continued: “One of the key strands of our investigation is understanding all we can about Noel’s life. He was well known and liked locally.

“We know that Noel used to go to his local betting shop, Paddy Power, in Deptford High Street and had in fact been there during the day he was last seen alive on November 30.

“There has been speculation that his murder was a result of a large gambling win, however at this time there is no evidence to suggest this was the case.

“I am keen to hear from anyone who saw Noel in the days leading up to his death or saw anyone or anything unusual in or around New Butt Lane, SE8 during that time.

“This is a deeply distressing time for Noel’s and Marie’s family as they come to terms with their loss.”

Post mortem examinations at Greenwich Mortuary held on Tuesday and Wednesday confirmed both Mr Brown and his daughter died as a result of strangulation.