Video: King Charles Spaniel rescued from beneath train at Elephant and Castle Station 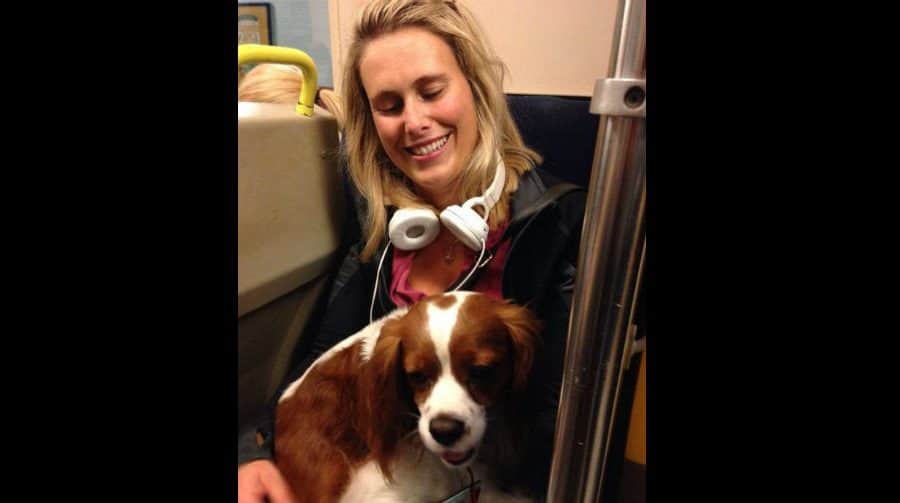 Sammy the King Charles Spaniel was miraculously rescued last night after falling in the gap between a train and a platform at Elephant and Castle Railway Station.

The dramatic rescue at 7.15pm was filmed by Duncan Raban, who posted the 1.19 video (below) to Twitter, stoking a huge online response.

Duncan, a professional photographer from Chislehurst, told the News: “I was standing on the train when I heard loads of shouting and a high pitched scream.

“There was a girl on the ground. I thought initially she had fallen down, but she was looking through the gap trying to get Sammy.

“Someone had pressed the emergency switch so the train wouldn’t go anyway, and I just started filming.

“We all looked down and there was Sammy with these big beautiful eyes. Those types of dogs are beautiful little things.”

Even though the incident only lasted for just over a minute, a crowd gathered and Duncan said British Rail staff came within seconds.

“I didn’t get the owner’s name, but she couldn’t reach. So the platform staff lent down about four foot with one arm and pulled Sammy up.

“He wasn’t hurt at all. He didn’t seem bothered.

“I spoke to the owner, she was a lovely girl, but we didn’t swap number of anything. She said it was her father’s dog and she was looking after Sammy.”

In the video, the owner tells Duncan: “He leapt on and then he like slipped back for some reason. He just went under.”

After posting the video, Duncan took to Twitter to inform train operator Southern Railway and the Dogs Trust charity, who responded saying: