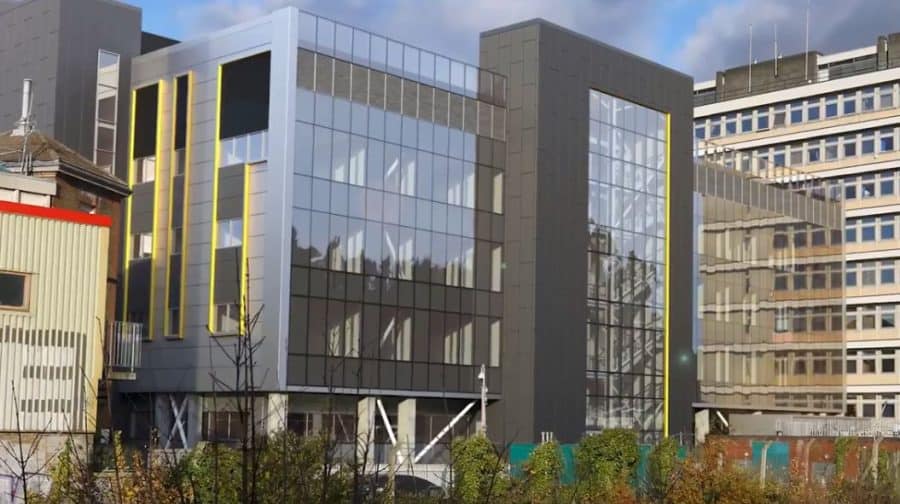 The new critical care building has been delayed over 'signficant' fire safety concerns and bosses say they don't yet know when it will open (Image: YouTube / King's College Hospital)

A new critical care centre at King’s College Hospital, due to be the largest in the world, has been delayed after an inspection uncovered major fire safety issues.

The setback for the project – due to “defective fire management” – was uncovered by an inspection by a technical team from the hospital’s Trust during the final stage of the commissioning process.

The safety flaw means that the building firm responsible, McLaughlin & Harvey, will have to deliver a programme of “significant remedial work” over the next four weeks to make the building safe.

None of the other buildings within the hospital are affected, said the Trust.

A spokesperson from King’s College NHS Foundation Trust, which manages the hospital, said: “The safety of patients, visitors and staff is paramount.

“Before the unit can be opened, significant remedial work is required.

“The Trust has instructed the builder, McLaughlin & Harvey to provide a robust programme to complete the project, remediating all outstanding and non-compliant items on the Critical Care Centre.

“The Trust has been promised this robust programme of works within the next four weeks.” The News asked King’s College Trust what the ‘defective fire management’ flaw involved and was told only that the safety concerns related to “fire stopping.”

The centre was due to open in summer 2018 but the hospital’s managing body has now said that it cannot give a time-frame for the building’s opening.

The NHS has contributed £80million towards the construction of the building, while the King’s College Hospital Charity has undertaken a £1.6million fundraising drive towards the centre.

A Trust spokesperson told the News: “It was due to open in summer 2018.

“We are currently awaiting a programme of works from the builders.

“We are unable to provide a new date until we receive that programme.

The programme of remedial work will be subject to a review by the design team at King’s College Hospital before the building is allowed to open.

The News has contacted the construction company, McLaughlin and Harvey, but did not receive a reply.