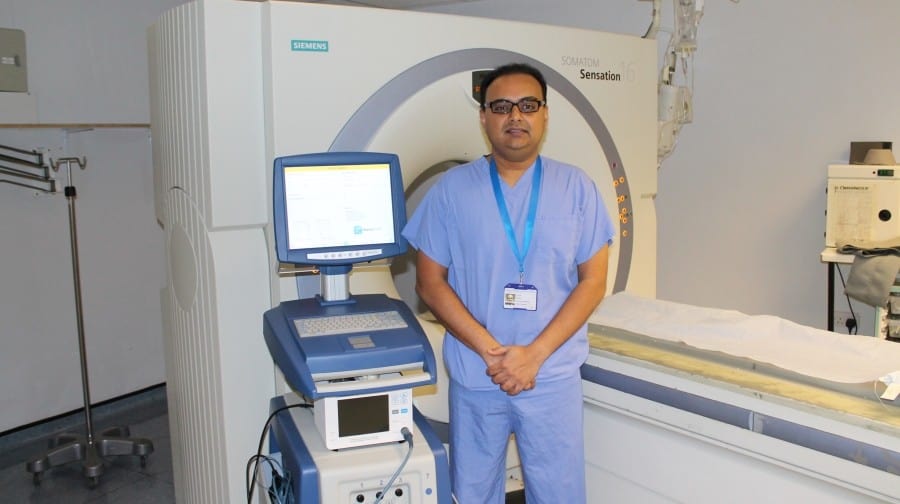 King’s College Hospital is the first in London to offer a new electric shock treatment for NHS cancer patients.

The hospital trust is the second in the whole country to use new ‘NanoKnife’ technology to blast cancer tumours with high-voltage electricity.

Every year, thousands of cancer patients are told they are unsuitable for surgery because their tumour lies too close to vital organs. The NanoKnife technique inserts two very fine needles either side of the tumour and passes a 3,000 volt current between them, killing all the cancer cells in two minutes, without the need for cuts or incisions.

The blast perforates the membranes of the tumour cell so the contents leak out and die, without damaging the surrounding cells. A pensioner from Sevenoaks, Barbara Theobald, 67, was the first patient at King’s to be treated for a pancreatic tumour using the new 90-minute treatment. “I’d never had any surgery before, so I was very apprehensive about needing a major operation to remove my tumour,” she said.

“But the team explained that because it was in a difficult place to operate, I would be suitable for the new NanoKnife treatment. It was definitely the right decision – my recovery time was very short, and my scans all indicate that my cancer has gone. I’m very pleased with the treatment and can’t thank the team at King’s enough.”

Dr Praveen Peddu, Consultant Radiologist at King’s, said the NanoKnife is a new option when traditional surgery isn’t an option: “The technology destroys soft tissue tumours with an electric current, which minimises the risk to other healthy organs nearby.

“This is particularly important when a tumour is in a difficult place and surgery would be more dangerous, such as next to a major blood vessel.”

Newcastle is the only other hospital trust in the country offering the pioneering new treatment to NHS patients.