There are still 6,000 people on the register and more BAME donors are needed 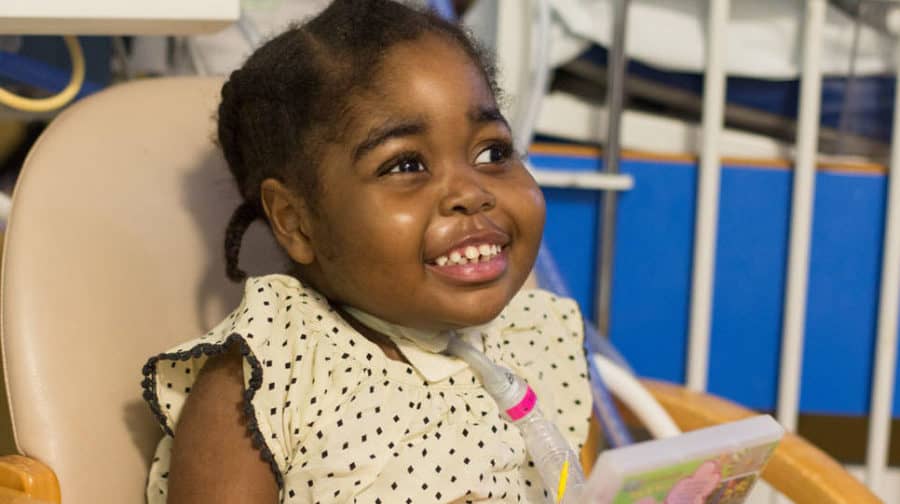 Faustina Miradi-Lutmba, whose family chose to donate her organs to help other patients after she passed away from a lung condition at just six-years-old.

King’s College Hospital had the highest number of organ donors in the whole country last year.

Forty-nine patients from King’s decided to give their or their children’s organs to help save others in 2018.

Some were used in transplants – including the 257 liver transplants that took place on site, also the highest number of any UK hospital.

The new figures were revealed during last week’s organ donation week, an annual campaign to encourage more people to make their wishes known.

Although the number of people who chose to donate is rising overall, there are consistently lower opt-in rates among black, Asian and other ethnic minority groups – meaning patients in need of transplants from these backgrounds wait significantly longer for suitable donations.

Organ matches with the right type of tissue and blood are more likely to come from people with similar ethnic backgrounds.

Faustino Miradi-Lutmba, from Croydon, saw his own daughter, six-year-old Faustina (pictured), die from a lung condition in 2018. She had been cared for at King’s.

The family chose to donate her organs after her death. He said: “Faustina was waiting for organs herself for a long time and we went through all the difficult moments of a family waiting for organ transplantation.

“So when I was asked if Faustina’s organs could be transplanted to other children who required them, I agreed.

“It was a difficult decision but we understood what other families may be going through.

“There is still a big gap and a huge sadness in our lives as we miss Faustina dearly.

“Our other children are growing up and asking about her, which is difficult. However, life goes on but with memories of her dearly in our hearts.

“It’s comforting to know that she has helped other children in need.

“We did not want to know who was getting the organs but amazing to know that part of her lives on and has helped sick children live a better life.”

Across the country last year, 400 people died while waiting for a transplant and another 777 were taken off the list as their health had deteriorated too far while waiting, with many dying shortly after.

From 2020, a new law will come into effect which opts-in patients to the donation register, meaning their organs will be donated unless they have chosen to opt-out.

But there are currently more than 6,000 people waiting for a transplant.