She donated her heart, liver, kidneys and pancreas to other people 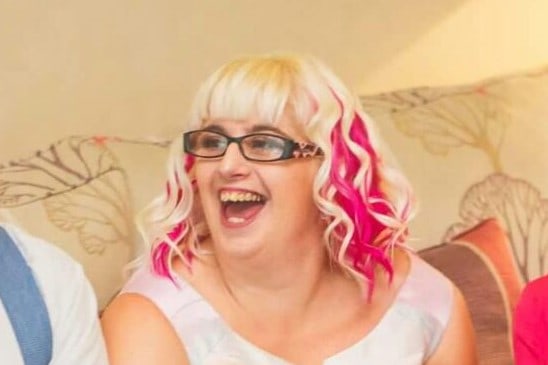 An NHS worker has continued saving lives even after her death – with her donated organs, writes Josh Salisbury.

Kate Hatherell, who worked at King’s College Hospital in Camberwell, died from a fatal asthma attack aged 31 while out with her friends near her workplace.

Now her donated organs, including her heart, liver, kidneys and pancreas, have transformed the lives of four other people.

Kate’s mother, Nicky Hatherell, said: “Kate lived life to the full; she’s the only person we have ever known to be able to pack 25 hours into 24 on a regular basis!

“She died as she lived – by giving generously.

“Before working at King’s, she worked with me at Derriford Hospital in Plymouth and she saw many people she came to think of as friends die waiting for transplants.

“We knew that she would have wanted to give her organs and were proud to discover that she had registered herself as a donor.”

She added: “It’s so important to tell your family about your wishes should you die as they’re the ones who have to make the decision when it comes down to it.” The NHS worker, who held a variety of roles including as a multidisciplinary team coordinator, joined the organ donation register at seventeen and her family knew she would have wanted to donate her organs to benefit the lives of those in need.

Kate was cared for at the Intensive Care Unit at King’s before she died.

Mum Nicky added: “We are so glad that she was in the vicinity of King’s when it happened.

“It meant that all her friends and colleagues at the hospital were able to say their goodbyes.

“It was such a privilege to see so many people trooping by her bedside – from top management and consultants right down through the ranks – almost 100 people.” This week the NHS has launched the national Organ Donation Week campaign, which encourages people to talk to their families to increase the number of organ donors.

Nationally, three people die every day in need of an organ, and there are approximately 1,255 Londoners on the transplant waiting list.

Families are approached about donations if their loved one’s organs can save another’s life and having conversations about it beforehand can help families make the decision in a difficult time.

Currently around 2.6million people in London are on the NHS Organ Donor Register but families can refuse to consent, even if the person is on the register – meaning willing donors should tell their families of their wishes beforehand.

Mark Whitehouse, a Specialist Nurse for Organ Donation at King’s who was involved in the organ donation process with Kate’s family, said: “We really need more people in London to have these conversations with their families and talk about organ donation, so that we can increase the number of lifesaving transplants.”