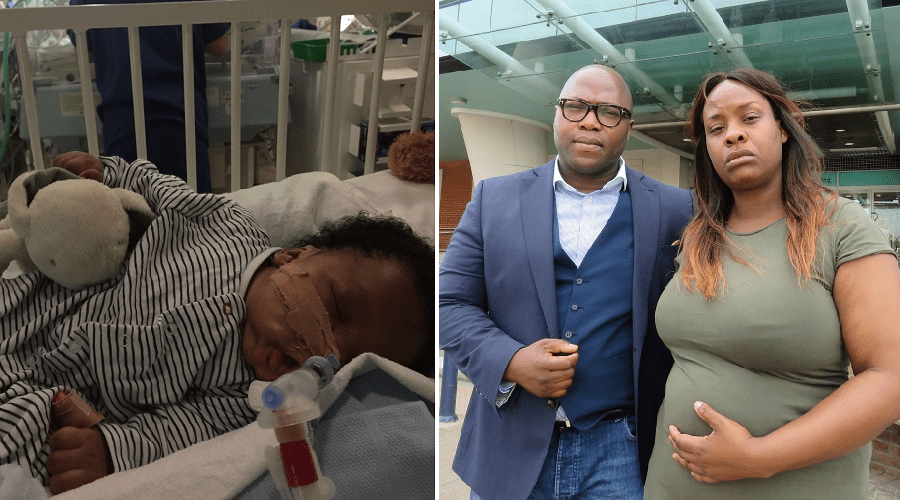 The family of a severely-ill baby in King’s College Hospital, who fear doctors might seek legal powers to switch off his life support, have told the News the Trust has “taken a new approach” to his care.

The News reported last week that a couple were seeking assurances from King’s after its solicitors wrote to the High Court suggesting treatment of six-month-old Isaiah Thomas should be brought to an end.

Isaiah suffered brain damage after complications during labour on February 18. He rests in King’s neonatal intensive care ward, where his mum, Takesha Thomas, and dad, Lanre Haastrup, watch over him day and night.

A Serious Incident Report published by King’s last month said there was a delay in identifying that Isaiah’s heartrate had significantly dropped for 27 minutes, before a doctor was summoned and an emergency caesarean ordered. The report said “ten or more minutes” could have been saved, which would likely have reduced the neurological damage. The report found no grounds for disciplinary action.

The incident left little Isaiah with a weak and inconsistent “respiratory drive”; meaning although his body and organs are growing naturally, his brain lacks the instinct to breathe independently for prolonged periods of time. Since his birth, Isaiah has been hooked up to a ventilator which breathes for him, and he is fed through a nasal tube.

Yesterday, a spokeswoman for King’s College Hospital NHS Foundation Trust would not say whether it had changed its position (as previously stated in a letter to the high court) that it would not be in Isaiah’s “best interest” to continue treatment. “Any decision on the court application would be made following private discussions with the family regarding the patient’s ongoing care,” they said.

Takesha, from Peckham, and Lanre, form Brockley, believe King’s has not exhausted every option to ensure their son’s survival.

But Lanre told the News on Tuesday: “He [Isaiah] is now receiving one-to-one care and has been assigned a nurse just for himself, that’s strictly for him and no one else.

But the Trust’s spokeswoman told the News: “The patient remains in a serious condition and we are not going to comment on his day-to-day treatment.

The family had said their argument for continuing Isaiah’s treatment would be that King’s had not done enough to “encourage” his respiratory drive. And that Isaiah’s doctors should reduce the programme of medication he was on, which Lanre said had made him “completely dependent” on a ventilator to breathe.

The Trust responded: “The patient’s respiratory drive has been assessed regularly by the neonatal team, the paediatric respiratory team and by the external opinions. He has been supported with synchronised ventilation for many months which allows for and responds to any respiratory effort generated by the patient. He has not been on sedating medicines since the second day of his life.”