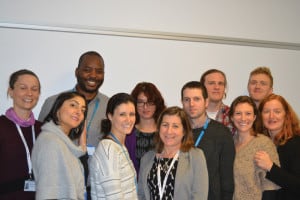 King’s Heath Partners Pathway Homeless Team is among the six chosen shortlisted for an award for combating homelessness and could claim first prize with a cash injection of £30,000, writes Hillary Chaisson…

The team, originally set up by St. Thomas’ Charity and carried out by Pathway in 2012, consists of two general practitioners that provide eleven sessions, two general nurses, one social worker, an occupational therapist, and two mental health practitioners.

In 2014 the team received 1603 referrals from 1414 patients. 54.5 per cent of the patients were no fixed abode on referral and 69.7 per cent of the referents improved their housing status.

Analysis from the first six months showed a 24 per cent reduction in bed days.

“Yet again we saw examples of really high quality innovative work being carried out by a wide variety of organisations in London, helping people who are homeless or at risk of homelessness” Simon Dow, chair of London Homelessness Awards judging panel said.

“It was very tricky to agree on a final six, but these projects show real imagination, sustainability, and commitment to help reduce homelessness in London”