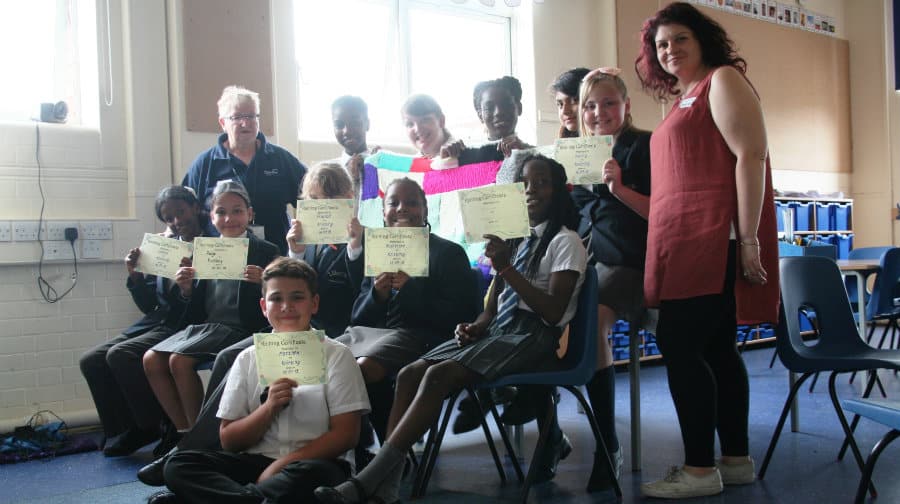 Children at Ilderton Primary School have been putting their new knitting skills to good use by creating a blanket for children living in slums in the midst of a bitter Indian winter.

Mary Murdoch, 67, has been going in to teach the year six kids the craft for the last eight weeks and says she is “so proud” now her protégés have made a whole blanket to keep children on the other side of the world warm.

Temperatures in India can reach as low as minus six in winter, so when Mary’s friend Claire Sexton returned from volunteering in Dharamshala, she said she would do anything she could to help her plan to knit twenty items including hats, scarves and blankets to send back to the slum communities there.

After getting off to a slow start, eleven-year-old Matthew Martinez said he felt the blanket was a “good achievement.” “When we started we just had two sticks looking at the wall and now we can do it fast,” he said. “Some people say it’s not the right thing for a boy to knit but I just ignore them. I really enjoy it.”