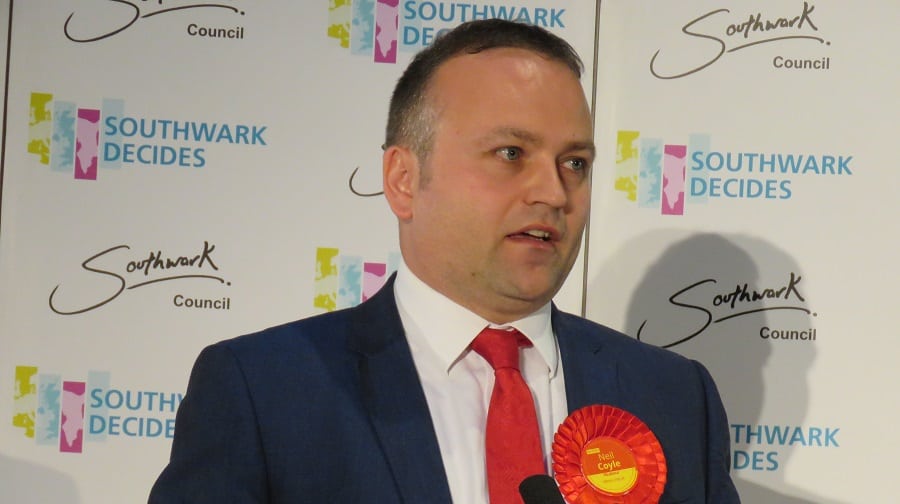 Neil Coyle says he is ready to defend his seat in Bermondsey and Old Southwark if another election is called in the near future.

The Labour MP held on to his seat last week after fighting off veteran Liberal Democrat Sir Simon Hughes to win a 12,972 majority – almost treble that of his 4,489 majority in 2015.

The outspoken critic of party leader Jeremy Corbyn was beaming from ear to ear at Southwark Council’s Tooley Street offices long before the result was called, having watched Labour storm seats across the country throughout the night.

Mr Coyle called for Tory prime minister Theresa May to resign or to “rethink as a minimum” after her decision to call a snap election backfired and resulted in a hung parliament.

But despite having to defend his seat after only two years of being elected in 2015, Mr Coyle says he is ready to defend it again if need be.

“On the day Theresa May announced the snap election at 11am I had a large group of volunteers at 6pm,” he said.

“We were able to scale up our local campaign quite quickly because of our local team which is a very young team of councillors, my team, and volunteers. I don’t see this as a stop on the campaign so campaigning continues.”

Mr Coyle said he was “over the moon” with his result – but admitted he was surprised it wasn’t a closer race with Sir Simon Hughes who he unseated in 2015 despite the fact the Lib Dem had served 32 years as MP for the constituency.

“It was an incredible result,” he said. “I’m chuffed to bits to have got a significant increase in two years.

“I was surprised; I thought it would be closer last time and this time.

“I thought that people would put that trust in me and in the Labour party and it’s very reassuring that the British public can’t be hoodwinked.”

He vowed to “get stuck in” with saving the China Hall in Rotherhithe – one of the many under-threat community pubs in Southwark – and to make sure Millwall continued to get the support it needed to secure its future.

When asked whether he had underestimated his party leader, Mr Coyle said: “I think I underestimated the enthusiasm he has generated among many young people.

“Just because of the tuition fee policy, we had more young people. They were desperate not to be saddled with debt and to have more opportunities in the future.”