Six people died in a fire at Lakanal House in 2009 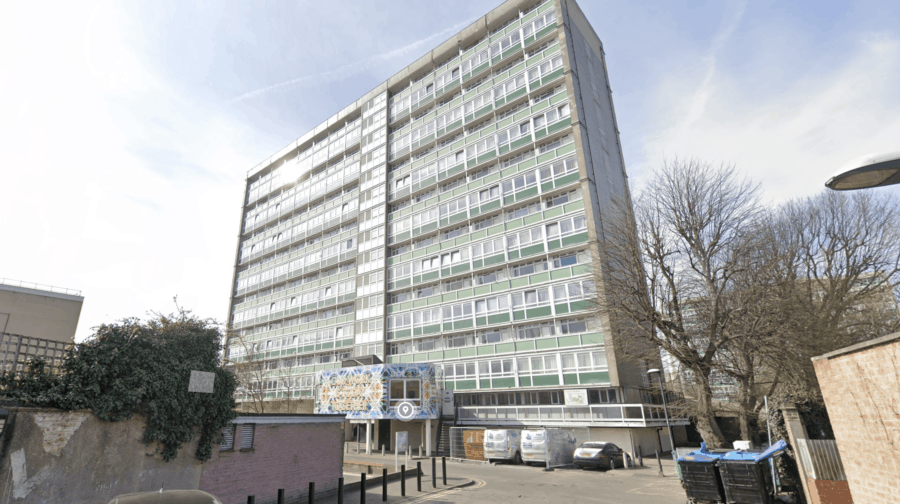 The fire safety failures identified in Lakanal House’s sister block are so severe that all residents will have to move out and be rehoused for at least a year while remedial work takes place.

The news has come as a huge shock to the tenants and leaseholds of Marie Curie’s 98 flats, all of whom have been living under a ‘waking watch’ since it emerged in 2020 that the building was affected by similar issues as Lakanal House, the scene of a terrible blaze that claimed the lives of three women and three children in 2009.

Shockingly, the work due to take place in 2022 is, the council has admitted, ‘similar’ to remediation already completed on Lakanal in 2016-2017.

A meeting was held on the Sceaux Gardens estate last Wednesday, May 26, where residents were informed that they would need to be ‘decanted’ as the remedial work required will involve ripping up every flat’s floor and getting behind walls. It is likely all bathrooms and kitchens will need replacing.

In information posted to every single flat in the block the council said all residents will be offered £6,500 to help with moving costs and everyone will have a ‘clear’ offer of temporary rehousing.

As yet there is no confirmation on how far away these homes could be from Camberwell, and what type of housing is available. The council has, however, confirmed they would have the same number of bedrooms.

Leaseholders also have the option of the council buying back their property at ‘market value’.

The council wants to begin the rehousing process immediately, but has admitted the earliest work could start would be January 2022.  There is also no clear indication how much the entire project will cost.

The local authority anticipates the most disruptive construction will begin from September the same year and last 52 weeks, meaning the earliest possible completion date is September 2023.

Marie Curie was given an overall risk level of ‘substantial’ at a fire risk assessment survey in January 2021, only downgraded to ‘high moderate’ after the temporary measures were introduced.

While investigations took place by contractors, the council put a waking watch in place and new alarms.  Since then the council has routinely assured residents the building is safe.

However, more in-depth surveys have discovered gaps between properties, ageing pipes, and issues with risers and bathroom ducts.

The revelations beg the question why has it taken until now for the same problems that affected Lakanal to be identified in Marie Curie.

In a FAQ sheet delivered to leaseholders the council says improvements to Marie Curie were made in the aftermath of the tragedy. The document appears to suggest that it is only because of a planned major works programme, and going above and beyond legal requirements, that the same issues have come to light.

The letter explains: “There had been previous fire safety works undertaken on Marie Curie to address gaps issues from the properties to the communal areas back in 2009/10, which had been identified following the tragic fire at Lakanal.

“Although the outcome of the investigation into the smell of smoke was deemed to require no further action, the council wanted to ensure that any possible risks were identified and for this reason an internal fire survey was instructed to be carried out on an empty property within Marie Curie.

“This highlighted the gaps issues, which need to be addressed. Currently there is no legal requirement to undertake internal, detailed intrusive surveys which would involve removing panels, fixtures and fittings or cupboards for example.

“However, the council has now implemented a new process whereby internal, detailed intrusive surveys are required for new major refurbishment schemes, as long as the building can be empty do so.”

One leaseholder, Aaron Tan, said the developments showed ‘major failings’ on the part of the local authority.

“We are almost identical blocks. We feel blindsided by the news because we were under the impression that the major works would have corrected the compartment issues, post-Lakanal,” he said when writing to this newspaper.

Cllr Stephanie Cryan, cabinet member for homelessness and council housing, said: “Southwark Council’s most important commitment to our residents is that we will do everything in our power to keep them safe in their homes.

“Unfortunately, sometimes this means giving residents bad news, and last week, we had to inform residents in Marie Curie block in Camberwell that, in the future, they will need to move out of Marie Curie while we carry out major essential works, including fire safety improvements, to their homes and block.

“This follows intrusive investigations carried out since late last year, when the smell of smoke was reported travelling between flats.

“At that point the council, in consultation with the London Fire Brigade, introduced additional fire safety measures including fire wardens and communal alarms, and we have kept residents updated ever since.

“The block remains safe thanks to the extra measures we introduced.

“I can understand that this must be hugely worrying for residents in Marie Curie, especially after months of living through a pandemic, and we know the memory of the tragedy at Lakanal in 2009 exacerbates their fears.

“I would like to reassure all residents that we are here to answer all their questions and guide them through the next steps.

“I want to thank residents for their patience, understanding and resilience during a difficult time for them.” 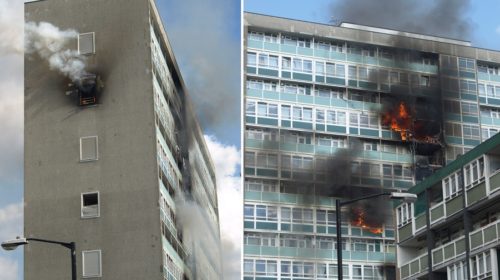 The blaze that ripped through Camberwell’s Lakanal House on July 3, 2009, was not only a tragedy but a serious failure of duty.

Six people died, including a 20-day old baby, and it was subsequently found that all of them could have been saved if they had been told to get out rather than stay put.

An inquest also discovered the building’s materials had been made less safe during refurbishment work and emergency workers did not have accurate information about escape routes.

It was the worst tower block fire seen in living memory until Grenfell. Many of the issues highlighted at the Lakanal inquest in 2013 could have – and should have – ensured the Grenfell fire never came to pass. Yet lessons were not learned.

In 2017 charges against the council were successfully brought by the London Fire Brigade. Just months before the blaze broke out at Grenfell, Southwark pleaded guilty to the breaches. The local authority was subsequently fined £270,000 and told to pay costs of £300,000 for the failings.

In 2019 we reported that since then the council had spent £62 million – a figure now far higher – on fire safety across its housing stock.