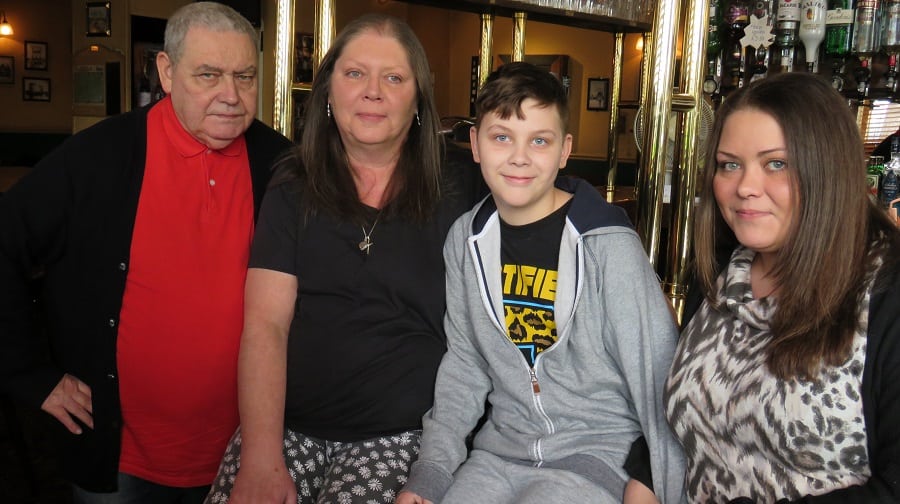 The landlords of an under-threat Rotherhithe pub say they are willing to take its new owner to court to save their business.

The China Hall, in Lower Road, faces closure after the freehold of the pub building was sold to developer Hamna Wakaf by owners Punch Tavern.

Landlords Michael and Linda Norris, 68 and 56, were told last year that their lease would not be renewed when it comes to an end on May 28.

They then received a letter from the new owner offering them a ten-year lease – but it was for £75,000 a year, which is almost double what the publicans pay now.

The landlords of 34 years successfully managed to get the pub listed as an asset of community value in February after enlisting the help of Steve Silcock and Andy Large of the southeast London branch of the Campaign for Real Ale.

Mr and Mrs Norris, who live above the pub with their family, have said they are willing to take Hamna Wakaf to court to challenge their eviction and the huge rent increase – however, no court date has yet been set.

Simon Hughes, Lib Dem prospective parliamentary candidate for Bermondsey and Old Southwark, has also this week written to the owners of the Albion pub in Albion Street, Rotherhithe, asking them to halt their planning application to demolish the existing building and replace it with eight flats and a commercial space.

The application for development is currently under consultation, but is expected to be decided on by Southwark’s planning committee later this year.

“Bermondsey and Rotherhithe have lost too many good pubs in recent years, like many other parts of our borough and our city,” said Mr Hughes.

“Where there are popular pubs with the public’s backing, the community and community leaders must do all we can to keep them or re-open them.

“I have made a commitment to Mick and Linda at The China Hall and to the community in and around Albion Street that I will not stand on the sidelines but will do all I can to save these two pubs.

“As somebody whose dad and grandad brewed beer in London breweries for their careers, the least I can do is make sure that we keep the places where London beers and other drinks can be enjoyed and community life strengthened.”