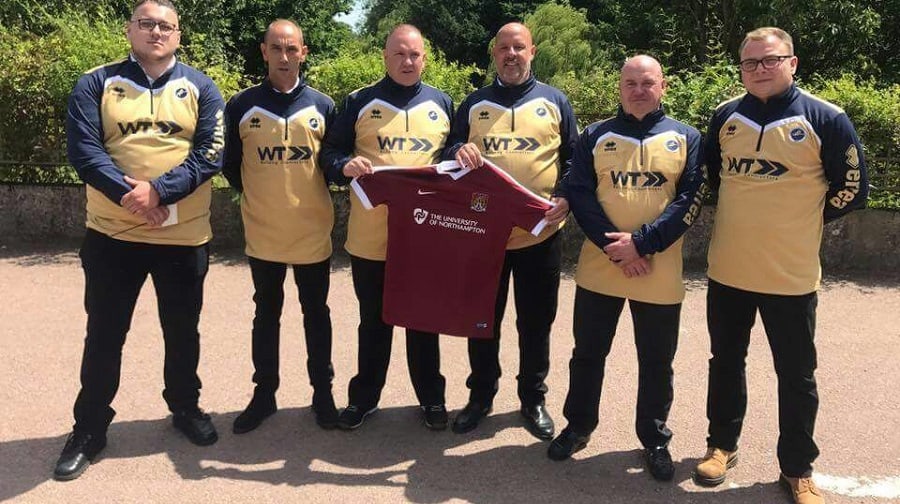 Millwall fan Antony Murphy – who passed away after suffering a cardiac arrest during a Good Friday match – was dressed in his club’s colours by fellow supporters for an emotional send off.

Mr Murphy had been watching Millwall’s clash with Northampton at the Den on April 14 when he was rushed to hospital and sadly later passed away on May 19.

A funeral was held for the 40-year-old lorry driver, originally from Bermondsey but living in Kent, at a crematorium in Maidstone on June 23.

Friend John Kendall was one of eight Millwall fans to pay their respects at the funeral, accompanied by his fiancée Louise Arnold and daughter Sophie Kendall.

“It was a sad day but a good one,” he told the News. “It was very emotional.

“We dressed him up in his Millwall shirt and we laid all our T-shirts over him at the end.

“There were eight of us from Millwall and six of us carried him in.”

“We had six doves that we let go together at the end, it was lovely,” he added. Tragically Mr Murphy’s father, Pat, was unable to attend the funeral as he himself was taken to hospital after learning of his son’s death.

However Mr Kendall said his brother was able to attend.

“His [Mr Murphy’s] dad’s brother was there and he shook our hands afterwards and said ‘thank you’,” said Mr Kendall. “It was quite touching really.”

A Just Giving fund was set up for Mr Murphy’s father, to whom he was a full-time carer, which Northampton Town Football Club supporters donated generously to.

Some of the money donated by Northampton fans was used to buy some funeral flowers which spelt out NTFC.

The club also sent a Northampton shirt down for the funeral.