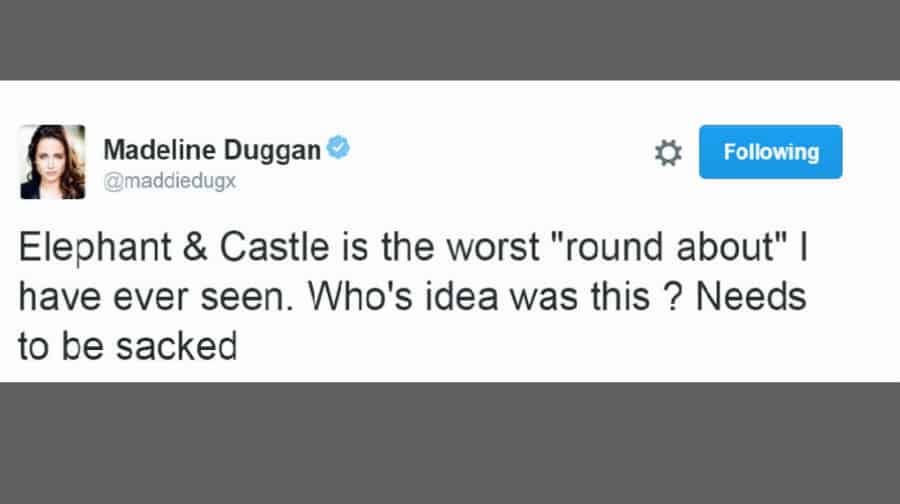 The Bermondsey-born soap star, who played Laura Branning between 2006 and 2010, called on the people behind the roundabout’s design to be “sacked”.

Tweeting to her nineteen-thousand followers, she said: “Elephant & Castle is the worst ‘round about’ I have ever seen.”

The 21-year-old then replied to a local Twitter user @RoundaboutNews, saying: “Anyone with a brain cell would of known it was a stupid idea. I hate it.”

The Elephant and Castle is undergoing a £24m redevelopment that started in December, where serious or non-serious accidents have been taking place on an almost weekly basis.

Last week the News reported the death of a 20-year-old motorcyclist who was involved in a collision on March 16 at the junction with Newington Causeway.

The tragic incident followed another fatal collision on February 5, when an 86-year-old woman was struck by a lorry at the junction with New Kent Road.