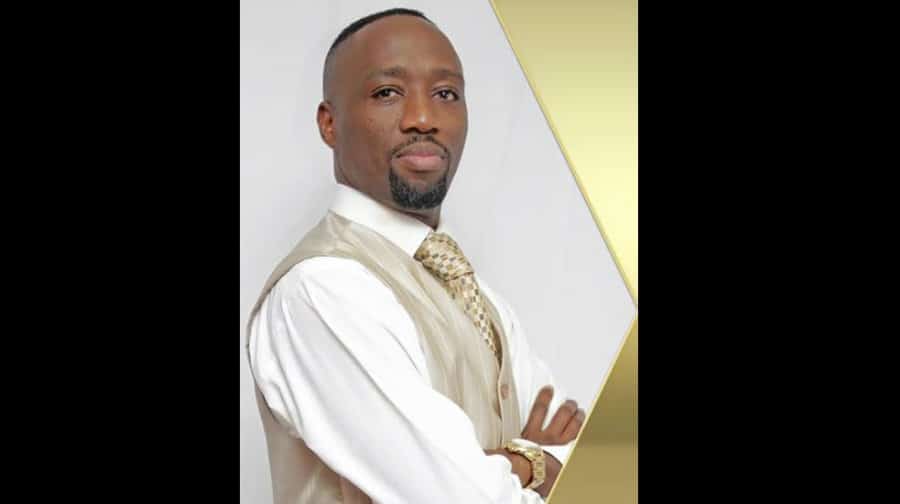 Bishop Climate, who runs 400 churches across the world including The Kingdom Church in Camberwell Station Road

The leader of a Camberwell church has promised his critics will be subject to “fire from God” and “strange things” in the wake of a £7,740 fine for noisy sermons.

Bishop Climate (pictured), who oversees hundreds of churches across the globe including The Kingdom Church in Camberwell Station Road, told the News that the fine was an “outrage” and accused Southwark Council of lying.

He added: “This just shows how they are becoming desperate to raise up funds.”

Bishop Climate said that the news of his church’s fine, issued after being found guilty of breaking two charges under Section 80 of the Environmental Protection Act 1980, had spread worldwide, with people even coming up to him in the street during a recent visit to Africa.

He said: “Everywhere in the world people are talking about it. Some of the places I have been, Zimbabwe, people are coming up. I oversee more than 400 churches and even now people whom this doesn’t affect have chosen to get involved with things that don’t concern them.”

While Bishop Climate confirmed that he would appeal the fine and seek “justice by the law”, he added that he also expects “divine justice”.

“As a spiritual man, I know that divine intervention is true,” he said. “We may look as if we are cornered and a minority in this situation but with God I am the majority.

“This is out of order and I am going to trust God that anyone who has made any negative statements about The Kingdom Church, the wrath of God is going to come down on all of them.”

Before Easter weekend, he promised God would “clean them out”, and explained that the names of those who had wronged and spoken badly about the church would be put into flames at the church’s fire service.

He added: “And you watch and see strange things are going to happen!”

He even specified the exact time, 7.30pm on Good Friday, March 25, that God would “come down and burn” – around the same period that Storm Katie began wreaking havoc on the borough.

A council spokesperson said: “We received over 100 complaints of loud and persistent noises coming from The Kingdom Church. Despite warnings and advice and support, the church refused to change their behaviour, which resulted in necessary enforcement action. The fact that the courts issued such a hefty fine shows just how severe an issue it was. We hope that the installation of sound proofing in the church will improve the situation for local people, but we will continue to regularly monitor noise from the Kingdom Church.”

If he can perform miracles why can’t he pay the fine?

Been here before its all about the £££££. He should pay the fine and go also praying for punishment of innocent people is not very Christ like at all. The church is supposed to work with the community not against it. This church was making noise they refused to work with the council and fined why cant they pay their bill and go on their daily business? Personally I know for a fact the council reached out because ive been in debt a few times they dont just fine you. The complete disrespect he has for others is shocking. Many vunerable people in his church who can not even advice him properly. Its a shame because he is gifted but turning this gift into a bad thing. Shame this is not how Jesus commands his followers to behave.

why should he pay when they fine him for something here never did it. This just a propaganda and there people in the council that are being exposed. They just think that they can just rip off people. I think the council picked up on the wrong person this time. they have swallowed more than they can chew. I bet they are regretting now. Can you not see the punishment from God on this council. They should have not tried. thats what happened when we elected evil people to lead our borough. we need to use our vote soon. The christian bible says when the righteous rule people rejoice. look all issues going on

I guess he will perform miracles by not paying this fine. I have checked his Facebook and youtube surely this man is gifted and he has power only him can deal with this wicked council and evil neighbours. I bet the one did complain is dead

This is proof there is no god as I am alive and well and feeling better than ever that this charlatan is getting proper justice. Man made justice.

Be careful when talking about the government like that. They dont just issue fines!! I know this they always try to work with the community It’s not even the council the neighbours were subject to constant noise hence the council got involved as Christians our concern should be for our neighbour !! You can still pray and preach and not disturb the neighbours. Your being disrespectful God said to bless our enemies although the council did nothing wrong anyways

You are fool Michael read this one of this day you will remember this word and yo wish you attended this church.

Some years before, during his interview with an American Magazine, he said: ‘Christianity will end, it will disappear.

I do not have to argue about that.. I am certain. Jesus was ok, but his subjects were too simple, today we are more famous than Him’ (1966).

Lennon, after saying that the Beatles were more famous than Jesus Christ, was shot six times.

During the Presidential campaign, he said if he got 500,000 votes from his party, not even God would remove him from Presidency. Sure he got the votes, but he got sick a day before being made President, then he died.

During A show in Canecio ( Rio de Janeiro ), while smoking his cigarette, he puffed out some smoke into the air and said:’God, that’s for you.’ He died at the age of 32 of LUNG CANCER in a horrible manner.

The man who built the Titanic

After the construction of Titanic, a reporter asked him how safe the Titanic would be. With an ironic tone he said: ‘Not even God can sink it’ The result: I think you all know what happened to the Titanic

She was visited by Billy Graham during a presentation of a show. He said the Spirit of God had sent him to preach to her. After hearing what the Preacher had to say, she said: ‘I don’t need your Jesus’. A week later, she was found dead in her apartment

‘Don’t stop me; I’m going down all the way, down the highway to hell’. On the 19th of February 1980, Bon Scott was found dead, he had been choked by his own vomit.

In Campinas , Brazil a group of friends, drunk, went to pick up a friend…..The mother accompanied her to the car and was so worried about the drunkenness of her friends and she said to the daughter holding her hand, who was already seated in the car: ‘My Daughter, Go With God And May He Protect You.’

She responded: ‘Only If He (God) Travels In The Trunk, Cause Inside Here…..It’s Already Full ‘

Hours later, news came by that they had been involved in a fatal accident, everyone had died, the car could not be recognized what type of car it had been, but surprisingly, the trunk was intact.

The police said there was no way the trunk could have remained intact. To their surprise, inside the trunk was a crate of eggs, none was broken

Christine Hewitt (Jamaican Journalist and entertainer) said the Bible (Word of God) was the worst book ever written.

In June 2006 she was found burnt beyond recognition in her motor vehicle.

A few weird examples, Abdul. They mean nothing except show how stupid you are for thinking god killed these people. Silly boy. What about the starving children? What did they do to upset Bishop Climate? What about the hunger and poverty and war in the world? Did they all laugh at your made up bishop and your fairy tale god? All you need to know, Abdul, is that each year more and more people are waking up to the idiocy of religion and becoming atheist. Every year less and less people go to church. We laugh at you praying to your imaginary friend, thinking you will go to some place when you die. Take it from me, you just die, you will be dead, no more, deceased and finished, just like the flowers and animals that die. You are wasting your life, and that is the greatest sin of all.

Have you seen bishop climate make angels appear at his charlatan services? It says he can on his website. Do you believe it? What a joke, and all to get more and more money from those poor people that he is conning with his trickery every day, every week, every month and every year as he keeps them believing in his lies.

Why are they just allowed to take over every building in Camberwell. They are completely anti social and think they can just stand in the street with loudspeakers causing a serious noise nuisance ….God must be turning in his grave at how Mr Bishop is lining his pockets.