The allegation is that Notting Hill made a mistake by issuing leaseholders with the wrong type of Certificate of Ownership, which developers are required to send when applying to demolish and redevelop estates 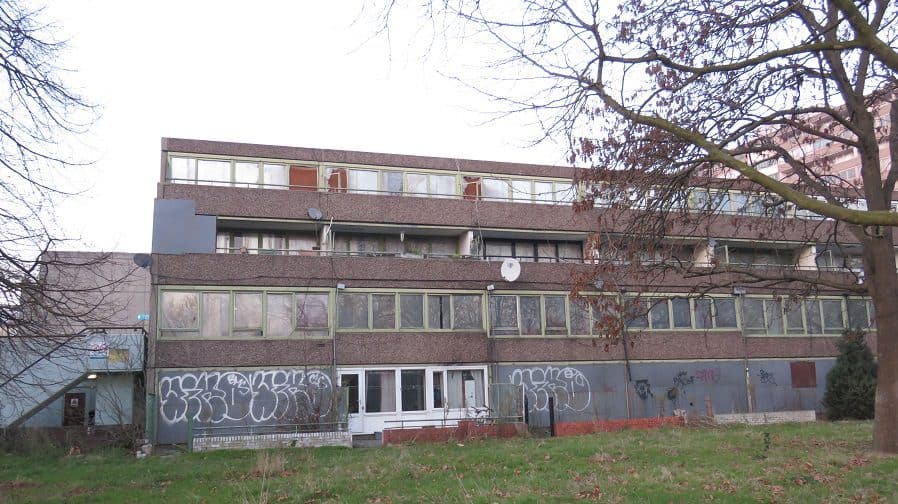 Notting Hill housing association incorrectly applied for planning permission to demolish sections of the Aylesbury Estate, a leaseholder has claimed.

One of the last seven leaseholders in Phase One of the estate, Judi Bos, said a “technical error” in the plans should force Notting Hill to pause ongoing demolition of the blocks adjacent to her flat.

Judi is considering appealing the council’s 2014 planning approval, after finding a “technical error” in the paperwork.

She believes Notting Hill made a mistake by issuing leaseholders with the wrong type of Certificate of Ownership, which developers are required to send when applying to demolish and redevelop an estate.

Judi said Notting Hill mistakenly used type-C certificates, which should only be used in planning applications when a developer is unable to notify property owners of its demolition plans if they are unable to locate their addresses.

Notting Hill’s planning application stated: “All reasonable steps have been taken to find out the names and addresses of the owners… but I have/the applicant has been unable to do so.”

Judi told the News this could not be true, because Notting Hill and the council had already worked together to file a compulsory purchase order (CPO) of their homes, several months earlier.

Judi said: “The council served CPO letters to all in [Phase One] and knew every single leaseholder. At the Cabinet meeting on March 18, 2014, the council stated that negotiations to acquire these leasehold interests had been taking place since December 2008,” adding that they “must have known” their addresses.

UK planning law states that because Notting Hill should have known all the leaseholders’ addresses, they should instead have used type-B certificates.

Judi said other Aylesbury leaseholders had successfully made a similar appeal. In 2012, seven leaseholders in Wolverton challenged a planning application to demolish their homes because wrong certificates has been used. The council was forced to delay giving permission to Notting Hill to redevelop Wolverton until the application was re-written correctly.

Notting Hill and Southwark Council have both denied any mistake was made.

A Notting Hill Housing spokesman said: “We followed due process when submitting our application for the First Development Site and took the appropriate steps to ensure residents were notified and consulted.”

Mark Williams, Southwark’s cabinet member for regeneration and new homes, said both the council and Notting Hill had “taken all the correct and appropriate steps” with the demolition and were “satisfied” that notifications have been given and permissions awarded.