‘Leave the lions alone’: Businesses and residents in Bermondsey back Millwall ahead of CPO decision 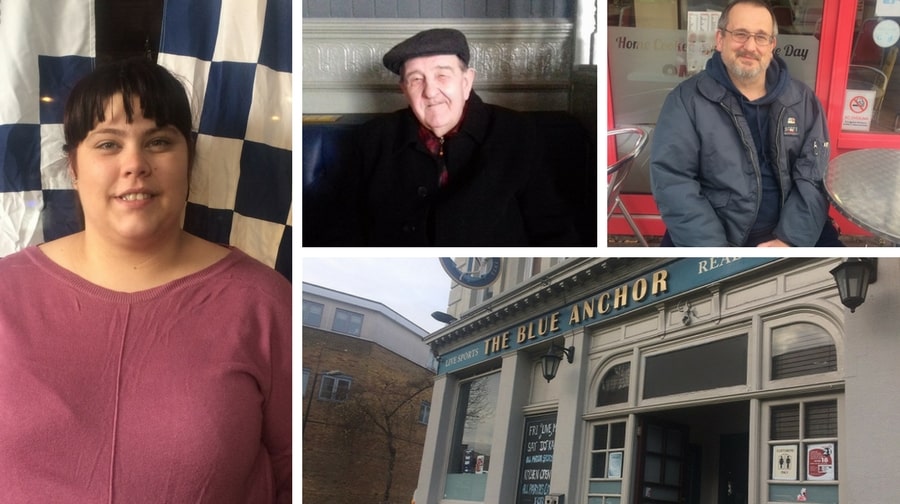 Businesses and residents in Bermondsey reacted angrily to the news that Millwall could be forced to move out of its home of more than 100 years.

Sandra Smith, landlady of the Ancient Foresters pub on the corner of Southwark Park Road and Galleywall Road, said the potential move would be “taking people’s entertainment away”.

Speaking to the News, she said: “The only thing people have got round here is to go to the football.

The Ancient Foresters pub on the corner of Southwark Park Road

The pub boss said she never had any problems with Millwall supporters and that they were welcome customers at the Ancient Foresters. They are lovely customers in our pub and I think it would be sad if they took it away from them,” she said. “Leave Millwall alone; let them have their enjoyment.”

Sandra’s comments were echoed a stone’s throw away at Blue Anchor Fish and Chips, where shop manager Soner Cotal reacted to the news.

Soner, a Millwall supporter himself, said he had a lot of regular customers on match days and that he did not want to see the club move.

“We want the club to stay here,” he told the News. “We would like them to stay here; we don’t want to be moved again.

“Many of my customers are Millwall supporters and many say they support Millwall because they live nearby to the club.”

Emma Watts, barmaid at The Blue Anchor, gave her opinion on the Millwall CPO decision

Emma Watts, 29, a barmaid at the Blue Anchor Pub, said: “All the fans come here before the game and after the game; it’s rammed on match day.

“Most of the people who drink here are Millwall supporters and I don’t think they would travel to watch a game.”

Stephen Nicholls, 48, who lives on Jamaica Road, said: “I’ve supported them since I was a kid. I think the council [Lewisham] should give them some leeway.

“There’s enough room around there to build on without affecting the club.

David Nicholls, 50, a former security specialist living in Grange Road, said: “They are keeping it local and that’s what everyone wants. We all go away to the different matches but I can’t see people going to support Millwall if they are based somewhere like Kent.

“A lot of people are retired and aren’t well-off so it would depend on if and where they go, how much the tickets would cost and so on.

“The really, really die-hard fans would do it – but it would be a small majority.”

Chris Scott, 75, said: “I think the supporters will go anywhere to see Milwall. They’ve got massive support out in Kent. A lot of people have moved out there from Southwark and they’re Milwall. I do think that Milwall staying where they are would be better than new flats though.”

Southwark NewsNews‘Leave the lions alone’: Businesses and residents in Bermondsey back Millwall ahead of CPO decision