Leave or remain: local MPs go head to head on the eleventh hour for your vote on the EU referendum

It's polling day, and the future of Britain's relationship with Europe will today be decided by the public. Arguments have revolved around the economy, immigration, the country's relationship with its allies and its sovereignty. Now, Vauxhall MP Kate Hoey argues for vote Leave, while Dulwich and West Norwood MP Helen Hayes makes the case for Remain. After that, it's your turn... 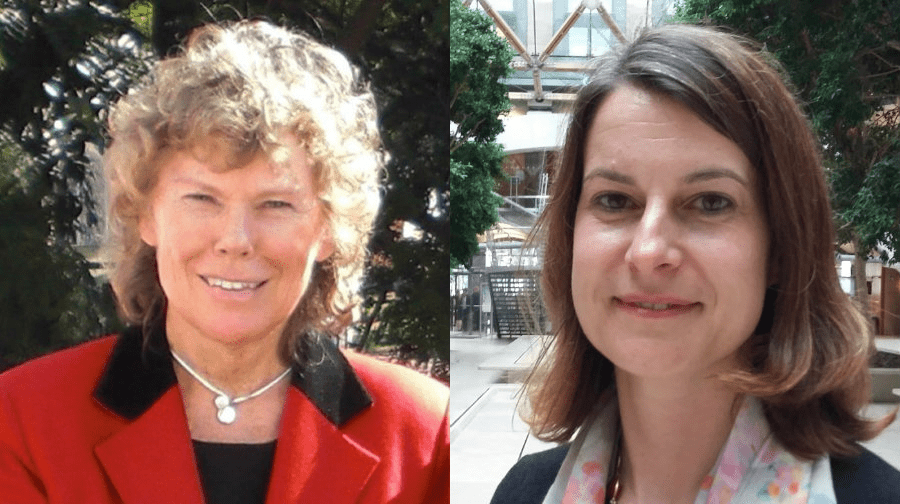 Thursday’s referendum on our membership of the European Referendum is the most important vote in a generation – a critical and defining moment in our nation’s history.

The hundreds of hours of claims and counter-claims, statistics and sound bites of the last month boil down to two simple questions:

First, are we better off tackling the most challenging issues of today and the future alone, or working together with other countries?

Second, do we trust a post-Cameron Tory Brexit government to fight to serve and protect the people of South London?

Economic prosperity, tax avoidance by multi-nationals, international security and climate change are just some of the most challenging issues facing the UK and none of them can, or will be solved by an isolationist UK. More than 650,000 London jobs depend on our membership of the Single Market, while tax avoidance and climate change will only be effectively addressed by working closely together with our international partners.

On the second question, the record of the Tories over the past six years speaks for itself in terms of their appalling cuts to local government, the perilous financial state of the NHS and the unacceptable Housing and Planning Act. The EU helped to defend Londoners from the worst excesses of the Thatcher government and will continue to help protect us until we have the opportunity to elect a Labour government in 2020.

The EU provides rights at work, including maternity leave and the working time directive which provides vital protection for all of us, including our hard working junior doctors. The EU introduced the air quality laws which Sadiq Khan will use to help clean up our city and Europe also provides key consumer benefits, like dramatically bringing down mobile phone charges abroad.

The EU is not perfect, but underpinning my support for it is the strong principle that we do better when we work together to resolve our problems – whether in our communities here in Lambeth and Southwark or internationally within the EU.

We need to stay and fight for the type European Union that the UK needs and play a leadership role in making it work to solve the challenges we face in the 21st century – we are all stronger IN!

I will be voting to Leave the European Union on 23rd June and I encourage readers to join me.

Over my 27 years as a local MP I have seen the EU take more powers over our elected UK Parliament and we are regularly outvoted by the other 27 countries.

The original trading partnership idea that people voted for over 40 years ago has changed utterly; now our courts can be overruled by an EU court and our Parliament has to accept laws introduced by unelected Commissioners. Unlike our Governments (or individual MPs like me) they cannot be kicked out every few years.

EU rules allow anyone from any of the member states to come here, driving down wages for our own citizens across the country. Commonwealth citizens are discriminated against making it very difficult for even those with long family ties to visit. Leaving the EU would allow us to have a fairer system that could focus on skilled workers rather than cheap labour.

All our rights at work and protections were won by working people and trade unionists, not the EU. They are enshrined in British law and we can vote out any Government that tries to change them.

We spend £10 billion a year to support this dysfunctional bureaucracy in the EU that hasn’t had its accounts approved in 20 years.

Just as Labour giants like Tony Benn and Barbara Castle warned, the EU has become an anti-democratic body supporting big business and global corporations. If we leave we could trade across the world and be a proud, independent nation co-operating with other countries again.

Your vote really matters and I hope that you will join me in setting our country free from the shackles of the EU by voting to leave on 23rd June.

EU referendum – British Citizens living outside the UK entitled to vote ? Beware, My vote has been totally blocked !

As a British Citizen living outside the UK, “Officially” I meet all eligibility criteria to register and vote. However, when attempting to register and vote they say my current address which is outside the UK & outside the EU is not eligible – as they can’t find my address! Really ! Thus I simply cannot vote. Is there an assumption that I will vote to leave because I live outside the EU ? you decide. Originally I wanted to vote to Remain. However I
now wish to change my vote to LEAVE, due to the vote blocking I have experienced. I also know as a fact that I am not the only “Officially Eligible” voter where I live, experiencing the same issue !

This is all wrong. God knows what life is going to be like if the UK population, those who actually can vote that is, votes to Remain. How totally corrupt and undemocratic ! I guess it is true what “the Brexit video” on YOUTUBE says regarding loss of Sovereignty, Freedom, Democracy & Big Brother EU. My own experience is very worrying and provides direct proof.

Please think very carefully how you will vote, I am NOT ALLOWED to vote ! Please consider voting LEAVE, as I cannot – because my choice of being able to vote has already been taken away !

Southwark NewsNewsLeave or remain: local MPs go head to head on the eleventh hour for your vote on the EU referendum