86 per cent of voters support the plan 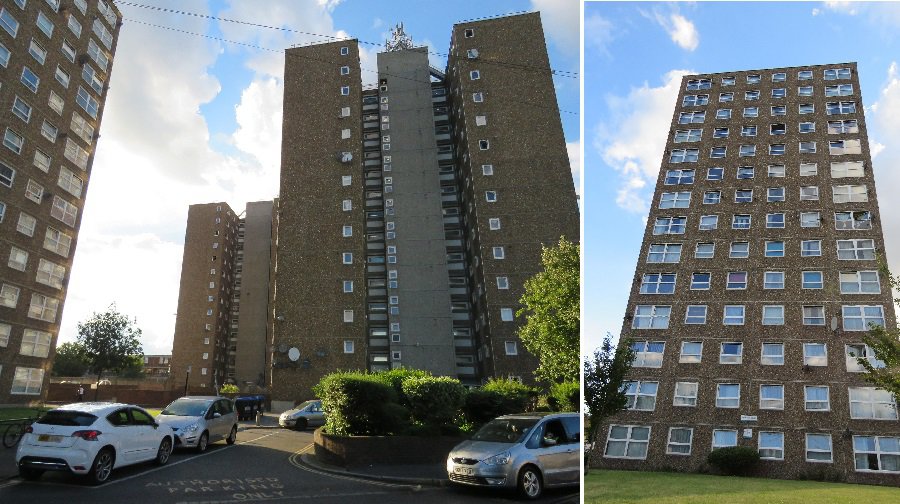 A ballot into the future of the Ledbury Estate has seen an overwhelming majority back a plan to demolish all four towers.

The agreed proposal will see the towers knocked down and replaced in phases over a period of around eight years. The first block due to be demolished is Bromyard House.

The build will replace all existing council homes, with more homes also added to the wider estate.

Around half of the extra housing built will be for social rent, with the remainder for private sale.

Southwark Council says top priority for the social housing are Ledbury tenants and leaseholders and former tenants with a right to return.

The ballot was run independently by Open Communities, with 86 per cent who voted backing the plan.

Turnout, however, was relatively low with only 56 per cent of eligible voters taking part – including those who no longer live in the towers but have the right to return.

As expected, turnout was much higher among those still living in the estate; at 77 per cent.

Cllr Stephanie Cryan, cabinet member for council housing, said: “I would like to thank the residents on the Ledbury estate for their patience and engagement throughout this process.

“I know these have been challenging times since we first became aware of the problems in the towers and I am very happy we are now in a position to move forward and start work on providing quality homes for our residents.

“This proposal will not only offer better homes for existing residents, with more up to date designs for energy efficiency and space, but increase the number of new council homes on the estate providing more opportunities for local people living in housing need.”

Jeanette Mason, chair of the Ledbury Tenants and Residents Association said: “I am pleased that following extensive consultation the residents of the Ledbury Towers have had their say on the future of their homes and that they now have a clear way forward and timetable for well deserved new homes.”

Her thoughts were echoed by Ledbury tower resident Thomas Ennis, who said: “I am pleased that we have a clear way forward and can leave all the problems with the original construction of the blocks behind us.”

In 2017, gas supplies to the Peckham Estate’s blocks were turned off and residents moved out, after tests found that historic “strengthening” work to make the towers able to withstand a gas explosion may never have actually happened; leaving the towers a potential death trap for decades.

A year later we reported how residents and the council had worked together on the future of the blocks, finally reaching an agreement on refurbishment.

But after detailed structural and invasive surveys by contractor Arup, it emerged that the towers needed much more work than previously thought and the projected budget of £8m per tower was expected to spiral.

After these revelations, in November 2019, the council conducted a survey of residents which found that a two-thirds majority had switched to being in favour of demolishing and rebuilding all four towers.