Ledbury Estate residents have praised the council, saying they have been included in the planning process

Southwark Council have given the demolition and rebuilding of four Ledbury Estate tower blocks the green light, bringing a five-year-long saga to an end.

The decision was made yesterday evening (Wednesday, June 8) by the planning committee who voted unanimously in favour of the plans.

In the following years, many tenants and residents moved out from the affected blocks – Bromyard House, Sarnesfield House, Peterchurch House and Skenfrith House – to find safe homes elsewhere.

In a March 2021 ballot, out of a range of options, 86% of voters chose to demolish and rebuild the blocks. The council decision ratifies this vote.

Thomas Ennis, a Skenfrith House resident who will move into Bromyard House once completed said: “Relieved is how I feel even though I was expecting it. You never knew if it will ever actually happen.

“The overall scheme is so good and the 165 trees getting planted – I’m so pleased about it. It’s going to be really great.”

Under the plans, 340 new homes will be constructed, a 116 increase on the original 224 homes, and and a new TRA hall. 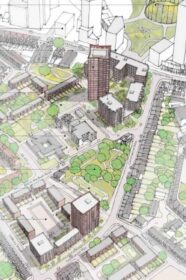 The new plans for the Ledbury Estate.

Under the plans, 76.4% of the homes will be at affordable social rent, a 50.5% net uplift on the previous set-up, and 83% will be dual aspect, meaning they have windows in adjacent walls allowing for multiple exterior views.

There will also be a new estate road, new car parking and extensive open space for children. Ex-residents get priority on new flats.

At the Planning Committee meeting, a local resident did raise concerns about increased traffic congestion around the area due to construction vehicles and more car journeys as new families move into their new homes. The Planning Committee confirmed this was something they would look into. 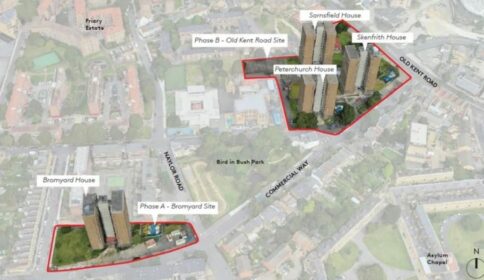 In a letter read out at the planning committee meeting they expressed support for the proposals and quoted Mark Twain saying: “The secret of getting ahead is getting started.”

Demolition on the Bromyard site will begin in September 2022, with the other three blocks being demolished and rebuilt over an eight year period.

Dallas Gopie was forced to move away from the Ledbury when the post-Grenfell building works became “too much upheaval” for her. 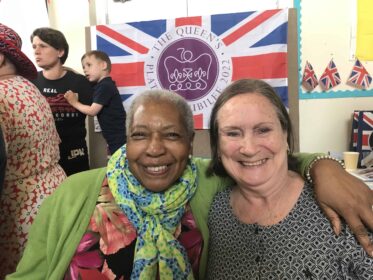 She now lives in an Elephant and Castle apartment which she says is beautiful but adds, “you cannot beat the Ledbury”.

She said if she’s still “up and jogging around” by the time the new homes are finished, she’ll move back in.