"He was the life and soul of everything, he was the backbone of our family," say relatives 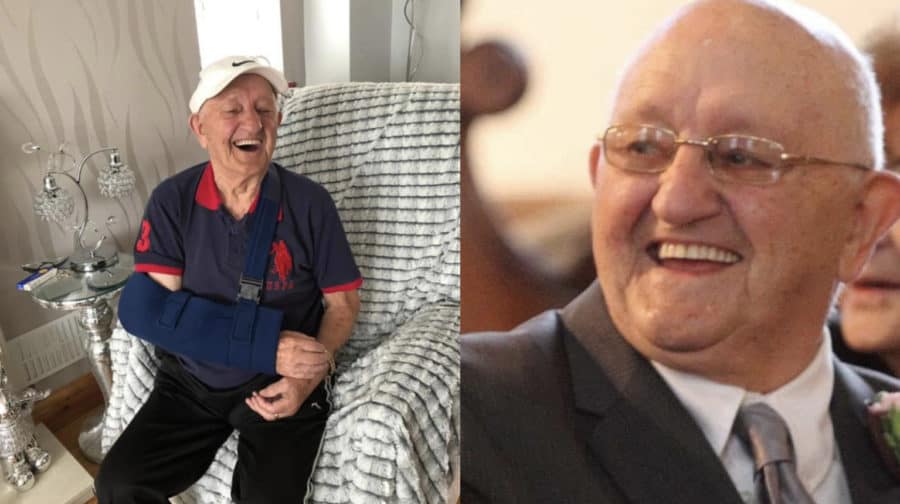 Emotional tributes have been paid to a Camberwell grandfather who sadly passed away from coronavirus at King’s College Hospital last week.

Len Mills, aged 87, was being treated at the hospital in Denmark Hill where he tested positive for the virus – which the family allege would have been contracted on the ward.

He sadly passed away as a result of Covid-19 and underlying health conditions on Thursday.

Family have paid moving tribute to Len, an ex-painter and decorator, as an “old school gentleman.”

“You never saw my grandad unhappy,” said grandson Dean, aged 31. “If he wasn’t smiling there would’ve been a major problem.

“He was the life and soul of everything, he was the backbone of our family – everyone would come to grandad’s house to visit.”

King’s College Hospital has previously told this paper that it follows rigourous disease control and prevention measures after being asked about Len’s care.

As a young man, Len had been a promising footballer – playing for Brentford FC Youth and other local London teams – before becoming a painter and decorator.

Brentford remained his favourite club, but he remained a footie fanatic of all kinds. “He was forever watching it on the telly,” Dean said.

He was well-known in Camberwell, where he lived all his life, and he remained active even well into his older years. Len with wife Shirley at their renewal of vows

“He always lived in Camberwell, everyone knew him. He never wanted to move out of that house,” Dean told the News.

Until about fifteen years ago, he could be seen climbing a ladder to do a spot of his own painting and decorating at his home near Brunswick Park.

Sadly, only nine months ago, Len’s wife Shirley also passed away from cancer. “He was heart-broken from that. Now they’re reunited, that’s the best way to think about it. said Dean.

“He was an old-school gentleman, that’s the best way to describe my grandad.”