LeSoCo say no decision made on Camberwell site as 100 protest 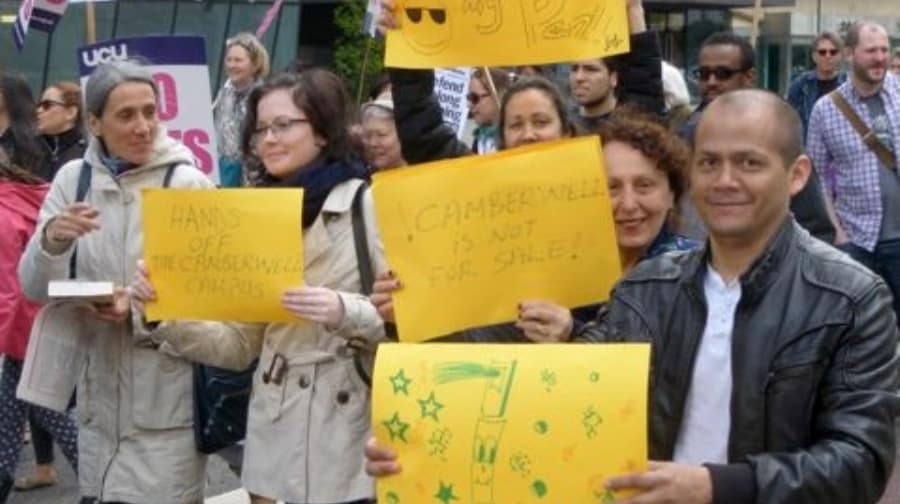 People protesting against the sale.

Lewisham and Southwark College has denied claims that a final decision has been made regarding the future of its Camberwell site, after 100 people protested against alleged plans to sell it two weeks ago.

Students, staff and parents demonstrated outside the college’s Southampton Way site on April 29, fearful that the campus would be closed as part of a cost-cutting policy put in place by the college.

Ian Crosson, of Defend Lewisham Southwark College, said: “We want college governors to meet with us and look at alternatives ways out of this crisis than simply sacking key staff.”

One such would be to make better use of the site’s nursery building, which protesters claim has lain empty for four years.

A spokesperson for LeSoCo said that the sale was ‘under consideration’ but not a certainty.

They said: “Lewisham Southwark College announced to staff on 15 April 2015 that due to continued reduction in government funding for adult provision, the sale of the Camberwell campus was under consideration as part of structural changes for the College.

“The College remains committed to meet the needs of the communities, and alternative arrangements for courses delivered at Camberwell are being scoped as part of the consultation process. No final agreement has been made by the Governors of the College.”