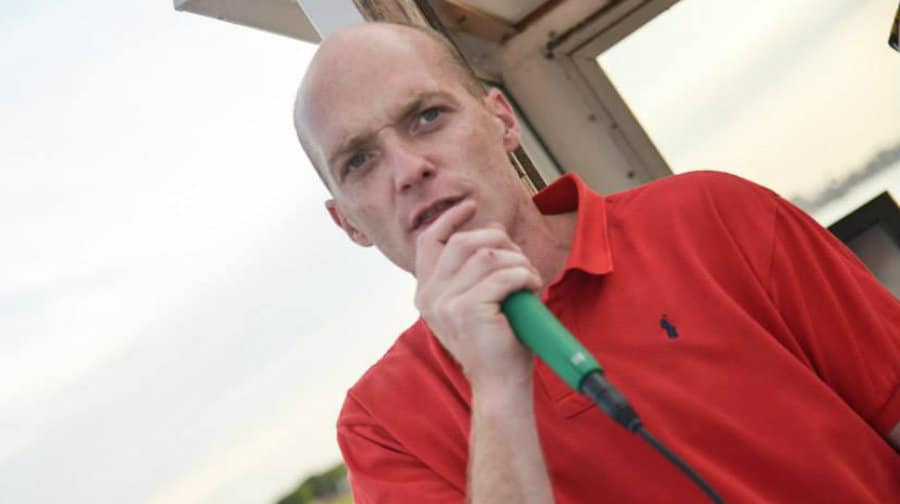 Scaffolder and MC Charlie organised the fund-raver for Harvey Brown

A scaffolder from Bermondsey is putting on a rave for a six-year-old boy to support him through the new drug treatment which could change his life.

After waiting a year and a half, Vikki and Dean Brown finally got the news they had been waiting for in November – that their brave boy Harvey would get the drug Vimizim on the NHS to treat the ultra-rare disease from which he suffers.

Morquio is an inherited illness caused by an enzyme deficiency, which means Harvey’s skeleton will not develop properly. His organs will continue to grow but his weak bones won’t and he is likely to develop heart disease and breathing difficulties, while losing his vision and hearing. There is no cure for Morquio, and, untreated, patients rarely live beyond their twenties.

Millwall-mad Harvey got to go to the Den at the end of last year, where fellow fan Charlie Stedmond saw him for the first time and decided to do something to help.

“Since I saw him at Millwall I just fell in love with him. He just melts my heart,” said Charlie, who is an MC when he’s not putting up scaffolding.

Using his contacts in the music industry, Charlie has organised a boat party in March with UK Garage legend Pied Piper, who had a hit in 2001 with Lovin’ It Like That, booked to headline.

“Another hero with a heart of gold,” is how mum Vikki, of Galleywall Road, described Charlie to the News. “Dean and I are still in shock at all the wonderful people we have met and are still meeting. We will always be thankful for all the people that have supported us,” she said.

After undergoing some preliminary tests, Vikki and Dean are hoping little Harvey will start his new course of treatment by the end of March.

The Rave for Harvey party boat will be leaving Festival Peer at 7pm on March 18. Tickets cost £20 each. Call Charlie on 07943578835 for tickets or information.

Charlie would like to thank Dean Ferguson, Mete Alpsakarya and Wayne Eldridge for offering the Hurlingham Party Boat for free.