A-level results: Charter School in Dulwich eyes up Oxbridge and the Russells 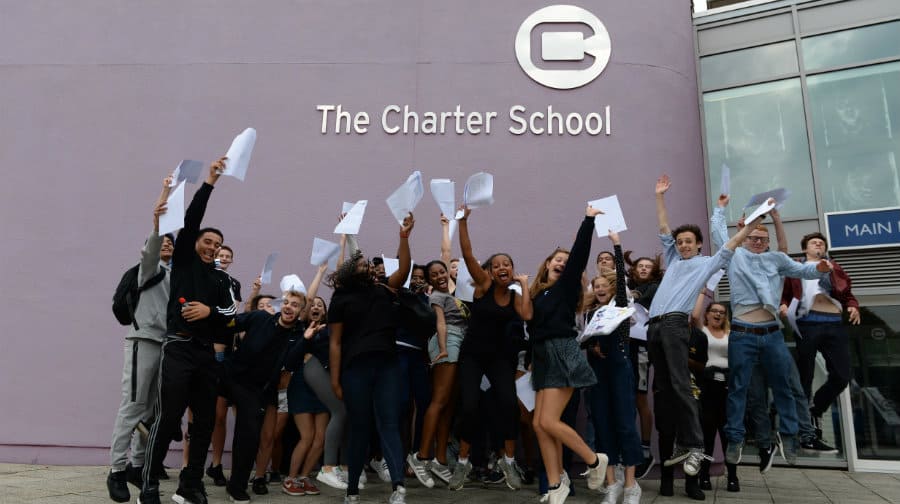 Over at Charter School in Red Post Hill, Dulwich, 41 per cent of all students gained at least three A-levels with A*-B grades (33 per cent in 2015).

Head teacher Christian Hicks said: “Students flourish here regardless of their starting points or circumstances. These absolutely outstanding A-level and BTEC results are due to the perseverance and focus on excellence shown by all of our students and teachers”.

Larry Omobuwajo will study Accounting and Finance at Kent University after gaining a Distinction in Business BTEC, a grade B in A-level Economics and grade C in Psychology

Kwabena Owusu Ansah gained three A-levels with A grades in Chemistry, Drama and Maths and will study Law at King’s College London

Daisy Cullen Close (left) gained three A-levels at A grades in Chemistry, Geography and Maths and will study Geography at Bristol. Lauren Tavriger (right) got four A-levels with three at A* and is heading to Oxford to study English.

Southwark NewsNewsA-level results: Charter School in Dulwich eyes up Oxbridge and the Russells