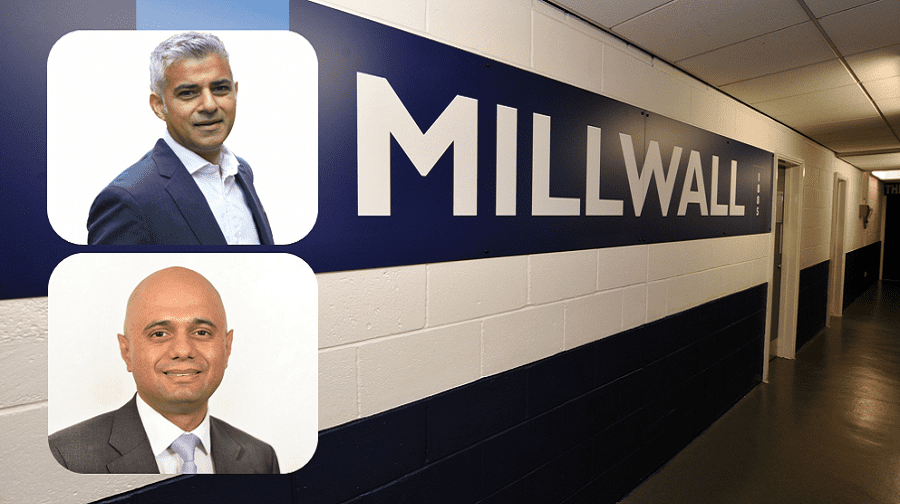 A group of conservatives have written to a secretary of state and the Mayor of London urging them to ‘call in plans’ that could see land around Millwall Football Club sold off.

The fate of Millwall is expected to be decided at a Lewisham Council cabinet meeting this Wednesday, January 11, as the council looks to push through a decision to compulsory purchase land around The Den to be sold off to an off-shore developer.

If the compulsory purchase order (CPO) goes ahead, the plans would see land used by the Millwall Community Trust and the club’s car park sold to developer Renewal as part of a 2,400-home development.

Ahead of the meeting on Wednesday, the three chairs of Conservative associations within Lewisham and the former Conservative Lewisham mayoral candidate wrote to Sajid Javid MP, secretary of state for communities and local government, and Mayor of London Sadiq Khan urging them to call in the Millwall decision.

Lewisham Conservatives have today, Monday, said they have no confidence in Lewisham Council making the right decision for residents and have called for Mr Javid and Mr Khan to review the whole scheme and decide on the outcome.

Ross Archer, chairman of Lewisham Deptford Conservatives, and whose area will be affected by the proposed development, slammed the council’s handling of the decision.

“I have no confidence in the Labour-dominated Lewisham Council making the right decision on this scheme,” he said in a statement.

“This scheme has not felt right from the start. Lewisham Council have appeared cagey on this for a while – not letting Millwall FC initially know about their plans to sell the land and entering a closed process with Renewal are just a few examples of this.

“If Lewisham residents are to have any confidence in the decision on the development around Millwall it needs to be taken out of the council’s hands.

“I hope the Secretary of State or Mayor of London calls this decision in.”

Lewisham Conservatives also have concerns that the proposed new Surrey Canal Road overground station will no longer be paid for by Renewal as originally proposed and say the costs will now be met by the taxpayer.

They have also raised concerns that the development will only guarantee at least 12 per cent affordable and social homes, when the whole scheme will build 2,400 new homes.

Their comments come just days after Millwall’s chief executive Steve Kavanagh told the Guardian that “any and every option would have to be considered to secure the football club and the Millwall Community Trust’s future as viable concerns”, sparking speculation that the club may be forced to relocate.

A spokesman for Lewisham Council said: “The New Bermondsey regeneration has the potential to deliver huge benefits for Lewisham and wider region which is why this CPO has been proposed.

“The scheme would deliver 2,400 desperately-needed new homes, a new Overground station, new sports facilities and up to 1,500 new permanent jobs. An enhanced Millwall stadium, the Den, is at the centre of this regeneration.

“The area around the stadium is currently a run-down, under-used light industrial 30-acre site that needs to work much better for the borough.

“Renewal has assembled most of the land needed for the project. The prospective CPO will enable the acquisition of the remaining interests required so this important scheme can be delivered.

“Lewisham Council is very supportive of Millwall Football Club and has consistently said that its ability to operate the stadium must and will be protected.

“The planning permission and related planning agreements provide benefits for the club valued at around £7million, including recladding of the stadium.

“They also protect the club’s ability to expand the stadium should Millwall FC get into the Premier League.

“Lewisham Council’s cabinet will consider all the points that have been raised as part of their decision making when they meet on Wednesday, January 11.”

Below is the Lewisham Conservatives’ letter to both Sadiq Khan and Sajid Javid in full:

“We write to you as the three Lewisham Conservative Association chairmen and as the former Conservative Lewisham mayoral candidate in relation to the above proposed development.

“We have some serious concerns regarding the proposals for the New Bermondsey development and particularly with the way Lewisham Council have handled the planning decisions and the appointment of Renewal as developer.

“Our main concern is that if this development goes ahead as it currently stands it will see the loss of one of Lewisham’s major sporting and cultural hubs – Millwall Football Club.

“Millwall is a fantastic local club with over 100 years of history in the borough.

“We would like you to consider the handling of this proposed development by Lewisham Council and for you to call it in and make the decision yourself.

“We have no confidence that Lewisham Council can make an independent judgement that will benefit the local community on this matter.”