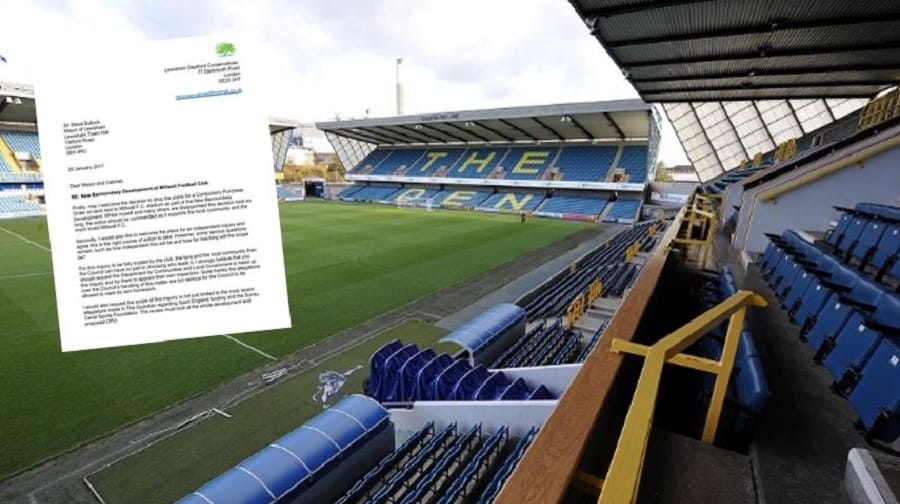 Ross Archer, chair of Lewisham Deptford Conservatives group, says Lewisham Council should not be involved in an independent inquiry into the Surrey Canal Sports Foundation

The chair of a Conservatives group has said Lewisham Council should not lead an independent inquiry into the sports foundation at the heart of the controversial New Bermondsey scheme.

Ross Archer, chair of Lewisham Deptford Conservatives, wrote to the borough’s mayor and cabinet urging them to ensure the inquiry into Surrey Canal Sports Foundation is truly independent and not led by the council.

He suggested that the Department for Communities and Local Government should head up the inquiry for it to be “fully trusted by the club, the fans and the local community”.

The sports foundation will be subject to an external independent inquiry after allegations of false funding claims were brought to light in a Guardian report last week.

The charitable company is at the heart of the New Bermondsey scheme which was met with fierce opposition after it was revealed Lewisham Council planned to seize parts of Millwall FC’s land, evict the club’s community trust and sell the land on to developer Renewal.

In a letter to Mayor of Lewisham Sir Steve Bullock and the council’s cabinet, Mr Archer said: “Firstly, may I welcome the decision to drop the plans for a compulsory purchase order on land next to Millwall FC stadium as part of the New Bermondsey development.

“Whilst myself and many others are disappointed this decision took so long, the action should be commended as it supports the local community and the much-loved Millwall FC.

“Secondly, I would also like to welcome the plans for an independent inquiry and agree this is the right course of action to take. However, some serious questions remain, such as how independent this will be and how far reaching will the scope be?

“For this inquiry to be fully trusted by the club, the fans and the local community then the council can have no part in choosing who leads it.

“Quite frankly the allegations over the council’s handling of this matter are too serious for the council to be allowed to mark its own homework.

“I would also request the scope of this inquiry is not just limited to the most recent allegations made in The Guardian regarding Sport England funding and the Surrey Canal Sports Foundation. The review must look at the whole development and proposed CPO.

“[…]You must ensure this inquiry is entirely transparent with the club, the fans and the local community. To do this I would like you to make the final report and all evidence gathered during the review public.”

Mr Archer went on to suggest the council implements and a development and CPO code of practice for future cases.

The compulsory purchase order was set to be decided at a Lewisham cabinet meeting on February 8. The meeting was still listed on the council’s website today.