Michael on Brexit: “I think the process would be collaboration with other MPs from other parties to build a case where we could construct an amendment in Parliament that would let us vote on the final [Brexit] deal” 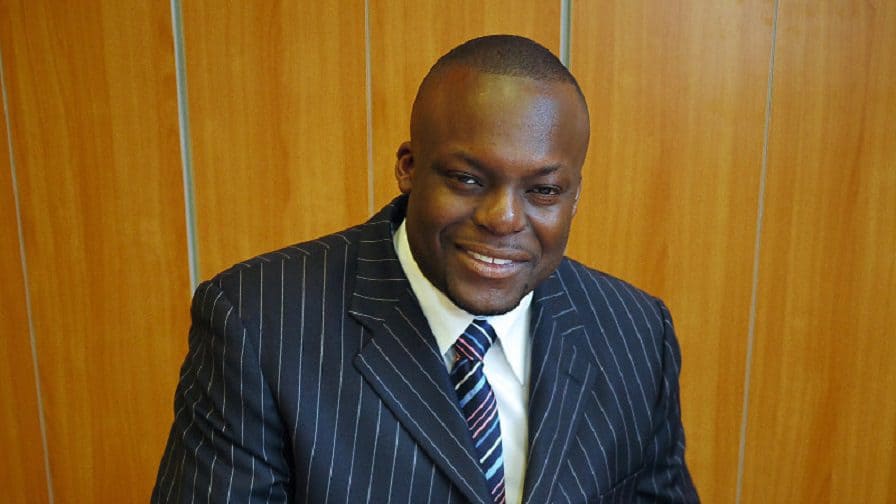 Michael Bukola, hoping to win Camberwell and Peckham for the Lib Dems

Michael Bukola has a steep hill to climb if he wants to become Camberwell and Peckham’s first ever Liberal Democrat MP.

Since the EU referendum, the Lib Dems have nailed their colours to the mast as the most pro-EU party. They have beaten the drum most boisterously for a second referendum, and scorned Theresa May’s promise of a “hard Brexit”.

It’s on this anti-Brexit ticket that Michael’s party hopes to recover from the near wipe-out suffered in 2015, and capitalise on the divides Brexit caused among Tory and Labour voters.

So, by their own reasoning, winning seats in liberal, cosmopolitan Southwark – where people voted overwhelmingly for remain – should be doable.

Michael, a practising nurse, is “absolutely” trying to pitch himself as a constituency MP, and says this will be “a constituency election”.

“I would put forward my own track record locally [as a former South Bermondsey councillor], and in campaigning and being a community activist.”

He’s quick to get in a point that he lives in the constituency, while his long-standing Labour rival Harriet Harman lives just across the constituency boundary in Dulwich. Then he accuses Harriet of being “ambivalent” on whether Corbyn should be Labour leader, and says people will “make a statement” on her vote to trigger Article 50.

I ask Michael how the Lib Dems could have any power over the EU negotiations, given it would be optimistic to predict them having 20 MPs after June 8. What would the process be for preventing a hard Brexit?

“I think the process would be collaboration with other MPs from other parties to build a case where we could construct an amendment in Parliament that would let us vote on the final [Brexit] deal,” he says.

But how far will collaborating with other parties get them, given all signs point to May winning comfortably, with a wall of Tory MPs backing her for the next five years?

Michael says “we don’t know what the outcome of the election will be” and says “we have come up short” when trying to predict previous elections. That’s true, but not for twenty years has one party dominated in the opinions polls like the Tories are now. And for there to ever be a challenge in Parliament to Theresa May’s hard Brexit, the “collaboration” Michael speaks of would need to include tens of Tory MPs too.

Then comes a point in the interview when Michael seems unsure how the Brexit process works. He suggests there is already going to be a second vote in Parliament on the Brexit deal (even though the Lib Dems and Labour criticised Theresa May for refusing to allow it).

I put it to Michael again that even if another vote on Brexit were to happen in Parliament, it would still be passed by a whopping majority of Tories, and that this really calls into question how voting Lib Dem would make a difference to Brexit.

Leaving Brexit to one side, I try to get a sense of how Michael thinks his party’s manifesto pledges will go down in this constituency, where he needs to convert thousands of Labour voters.

The Lib Dems’ pledge to increase annual NHS funding by £6.5bn (by dedicating one per cent of income tax) is a smaller offering than Labour’s £7.4bn. And both parties have said they will unfreeze pay rises for public sector workers. So why vote Lib Dem over Labour? Michael says his party’s idea is “more honest” and “more credible”.

Labour and the Lib Dems also overlap on promises to raise corporation tax to 2010 levels and clamp down on tax avoidance; increase welfare spending; and scrap the bedroom tax (brought in under the coalition government).

The pattern emerges that both parties will put more money into the public sector, albeit the Lib Dems a bit less.

“The Tories have lost economic credibility” he says, for failing in their mission to eliminate the state’s spending deficit, while Labour “have returned to their old selves in relying too much on borrowing, and moving us further into debt”.

“In that circumstance,” he says, “there is only one credible alternative, and that’s us, in terms of demonstrating a credible record on the economy.”

He also raises the party’s “radical” policy on legalising and regulating cannabis – a “prevalent issue in the borough” as something that really distinguishes the Lib Dems from the other parties.

“[This policy] will attract a lot of people who particularly are suffering from what I consider to be a really difficult situation affecting our young people.

“I think legalising it will undercut the illegal market, and encourage young people who are selling this stuff to look to other careers and ways of making money, to develop themselves and pursue other avenues.”

As so much attention has been paid to Jeremy Corbyn’s personality, I ask Michael to comment on Lib Dem leader Tim Farron’s previously espoused views (in a Salvation Army publication in 2007) that abortion was “wrong at any time” and needed “tighter restrictions”.

Michael counters: “Tim has said he is pro-choice, and the view he possibly had ten years ago probably isn’t the views he has now. I guess it’s as credible as Jeremy Corbyn, and the views [in favour] that he supposedly had of the IRA.

During this election campaign, Tim Farron, has also been forced to deny believing that gay sex is “a sin”.

Michael said: “I think on that issue… it would have been more helpful for Tim to have been clearer on that. But from his point of view I think he’s very aware that we’re pro-gay rights, and his voting record has reflected that.

“I think he’s been a breath of fresh air, and that he has something genuine to offer. It’s a bit scurrilous of the media to harp on about issues he may have had long ago.”