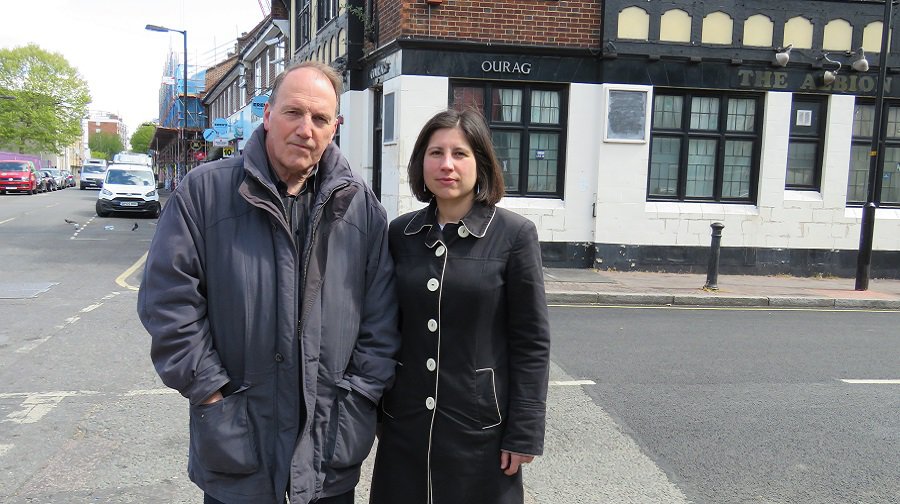 Southwark’s Lib Dems have urged the council to halt three planning applications before “huge damage” is caused to a Rotherhithe community.

In March, two separate plans were submitted on behalf of the council to include the former civic centre and  some land belonging to Albion Primary School in Albion Street in residential developments.

Michael Trentham Architects also put forward plans on behalf of The Albion Pub Co Ltd earlier this month to demolish The Albion and replace it with eight self-contained flats and a commercial space.

They also asked Ms Kelly to “seek to persuade” the applicant of the pub development to put their plans on hold.

They claimed the plans could divide the community and “prevent the coherent development of Albion Street”.

“There is significant local opposition to both council applications, not least because of the mix and type of housing proposed and the failure properly to consult fully on all aspects of the developments over recent years, and considerable concern about the application for the Albion pub,” they said in a joint letter to chief exec Eleanor Kelly.

“We both, like many others, understand that there is likely in the near future to be an application for the development of the St Olav’s Business Centre.

“The future plans for the Albion Street Health Centre are also uncertain. The other former public house in the street is derelict.

“[…] The council and the council planning committee are at risk of making decisions which could be extremely divisive locally and which could damage for many years and prevent the coherent development of Albion Street and this very important part of Rotherhithe.”

They also asked the chief exec to “launch an urgent and comprehensive community-led consultation to bring forward a neighbourhood plan for Albion Street and the surrounding part of Rotherhithe, with the aim of maximising community support and successful regeneration”.

“We believe that urgent action needs to be taken now before further community anger and controversy is caused, with potentially huge damage to this part of the borough,” they added.

Mr Hughes said Albion Street had “struggled to survive for a long time”.

“Rotherhithe could be really successful and we could make it a place that people come to,” he said.

Ms Kelly has agreed to meet with Cllr Al-Samerai and Mr Hughes to discuss Albion Street, but a date is yet to be confirmed.

Cllr Mark Williams, cabinet member for regeneration and new homes, said the council was committed to investing in Albion Street and that the plans had come after months of consultation with residents.

“We are totally committed to investing in Albion Street and improving the area for local residents,” he said.

“This includes the new school which will be ready for local children from September with fantastic facilities, as well as the new homes and council homes that have been submitted for planning permission.

“These new homes are the culmination of months of consultation and discussions with local residents, and form a key part of our investment into the area.”

Cllr Williams added that the council takes protection of its pubs very seriously.

“With regards the Albion Pub, Southwark Council takes protection of its pubs very seriously, which is why we have recently become only the second local authority in London to place and Article 4 Direction on over 180 of our local pubs,” he said.

“However, we don’t control who puts in planning applications and it will be treated the same as any other proposed development and considered against our planning policies.”