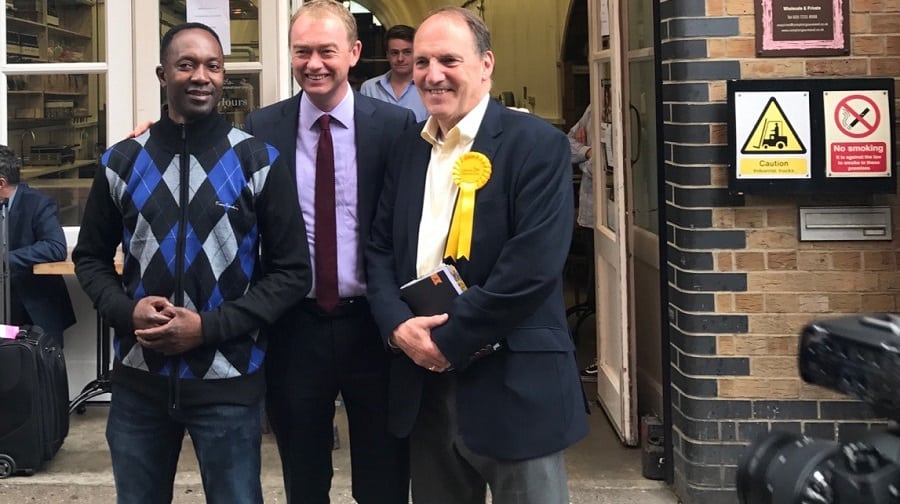 Liberal Democrat leader Tim Farron got a lesson in baking during a visit to Bermondsey.

The party leader was in town on Tuesday (May 30) to visit Lib Dem hopeful Sir Simon Hughes, who is fighting to win back his seat in Bermondsey and Old Southwark on June 8.

Mr Farron and Sir Simon had a go at making croissants at Comptoir Gourmand – an artisanal bakery under the railway arches in Druid Street.

The pair then met a number of activists who joined them around a table for coffee and to try their baked creations.

Sir Simon lost his seat of 32 years in the north of the borough to Labour’s Neil Coyle in the 2015 general election – but has vowed to win it back in the snap election next week.