'It isn’t a simpler system, it doesn’t save money and there’s no evidence it is getting anyone into work but it has damaged many people’s lives in Southwark' - Neil Coyle 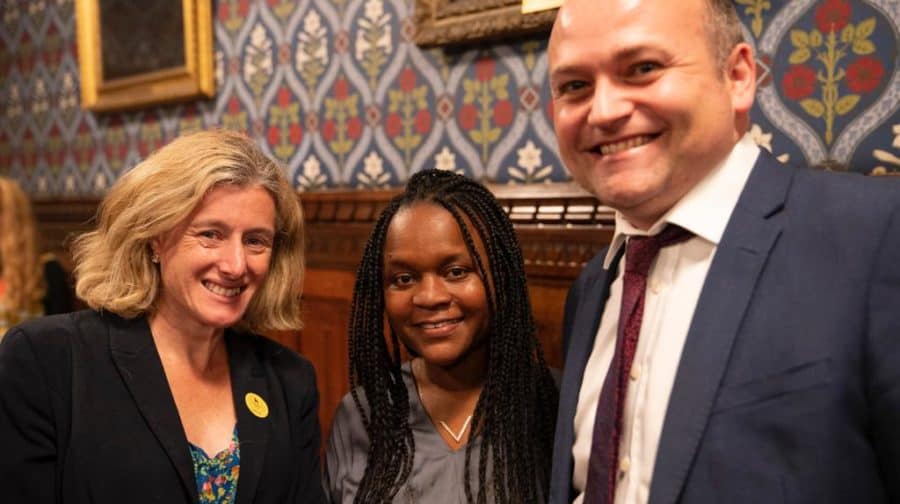 A play about Universal Credit featuring the real-life stories of mothers from Southwark has been performed in parliament – in the hope it will push the government to change the system and ‘stop pushing families into poverty’.

Mummies Republic, a support group for mothers of primary school aged children based at South London Mission, worked with Applecart Arts and author Peter Moreton to create the play, entitled The Vortex, which had its first staging in parliament on Tuesday, May 21.

Winnie Baffoe, who runs the group on behalf of the church, said the group has been meeting for several years but the move to Universal Credit had a devastating impact.

There are currently fifteen mothers, including recent migrants, single mothers and women who have suffered domestic violence from north Southwark, including Bermondsey, East Street and Walworth.

The play focuses on their daily life and the difficulties of navigating Universal Credit’s online system and struggling to find work that fits with childcare.

“Employment is a barrier to them because on low incomes they can’t pay for child care, and Universal Credit has pushed lots of them into poverty,” Winnie says.

“As a result many have struggled with their mental health and providing for their families.

“Many had hit rock bottom.” Mummies Republic members by a statue of Millicent Fawcett

Stories include that of the woman left badly scalded and in A&E after carrying hot water around her freezing cold flat with broken heating.

Another told of taking her exhausted child to a childminder at 4am as she travelled to her early-morning cleaning job, feeling judged by other commuters.

“One lady got sanctioned because, being on a low income, she has no smartphone or broadband but because everything has to be done electronically and she couldn’t email them, she got three sanctions,” says Winnie.

“That means losing out on £1,500 during the summer, when childcare is most needed.

“In that situation who are you really sanctioning when kids aren’t being fed? It is punitive in the worst way.”

MP Neil Coyle told the News he was delighted to host the group and see the play performed in parliament and hoped it helped highlight the system’s failings.

“It was amazing to have the local mums featured in the play with us for the show, including one I had helped with casework previously.

“Winnie and the Mummies Republic team at South London Mission deserve a huge amount of credit for making this play happen.

“Despite invitations, no one from DWP attended but I hope the play shines a further light on the failings of Universal Credit.

“It isn’t a simpler system, it doesn’t save money and there’s no evidence it is getting anyone into work but it has damaged many people’s lives in Southwark and across the country, especially single mums.”

Winnie says they wanted Amber Rudd, the minister who oversaw the benefits changes, to come and listen to the women’s lived experience of Universal Credit.

But no MPs outside the Labour party turned up – and just days later the DWP was criticised for its advertising campaign promoting Universal Credit with an advertorial in a London paper.

The same day the UN described Britain’s welfare system as ‘harsh and uncaring’ and akin to Victorian-era workhouses.

Winnie says there is anger and frustration at the Conservative Party’s response, but the group’s three demands are clear and they hope more MPs will back them.

“Our three requests are for the government to stop summer-time sanctions for those with dependents, enable childcare during the summer as people who are in work need to be able to maintain work, and any legislation should look at the groups affected and how Universal Credit is widening inequalities,” Winne says.

“We called the play The Vortex because Universal Credit is a system people are trapped in and can’t get out of.”

Anyone who can offer London Living Wage and flexible work or training opportunities, or donate to the support group, should visit southlondonmission.wordpress.com to get in touch.