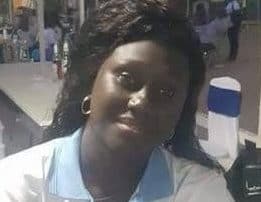 Two men found guilty of their roles in the death of a woman from Sierra Leone who died in an arson attack in Woolwich have been sentenced. William (Billy) Smith, aged 26, of no fixed address, was handed a life sentence at the Old Bailey last Friday.

Elliott Robinson, 22, of no fixed address, was also sentenced to life.

He will serve a minimum of 31 years, and 12 years each for two counts of GBH to run concurrently.

Both had been previously found guilty after the court heard how the victim, 46-year-old Memunatu Warne, died in a fire at her cousins’ home in Centurion Square on Berber Parade on the morning of September 6, 2018, the same day she was due return home to Sierra Leone.

Mrs Warne, who had been sleeping downstairs, died after the fire was deliberately started with petrol by the front door.

Her cousins, a man in his 60s and a woman in her 50s, who were sleeping on the upper floor, tried to reach her but were unable to get through the thick smoke.

Both were seriously injured after jumping from a window to escape. Witnesses saw a pillion passenger get on a motorbike that speed off around the time the fire started.

The court heard the fire appears to have been linked to a drugs dispute, and organised by Smith.

However, all those caught in the fire were innocent of any criminality.

Smith was arrested on October 30 last year in Dartford after running onto a railway track to try and evade officers, who discovered a discarded passport he had been using.

Robinson was arrested on November 2 in a Mottingham chicken shop.

During the trial, four men who had been charged with murder and arson were all acquitted: 21-year-old Kurtis Freeman, 20-year-old Matthew John, 19-year-old Kye Kendall and 29-year-old Martin McCardle.

DCI John Massey said: “Smith and Robinson planned and carried out deliberate arson that took the life of a wholly innocent woman.

“The motive was probably a drugs dispute, but their wanton viciousness led to Mrs Warne’s tragic death.

“I am glad that these two reckless criminals have been brought to account and they now begin lengthy prison sentences for their actions.”