In the Mayflower a collection of characters would gather, ranging from armed robbers to pickpockets 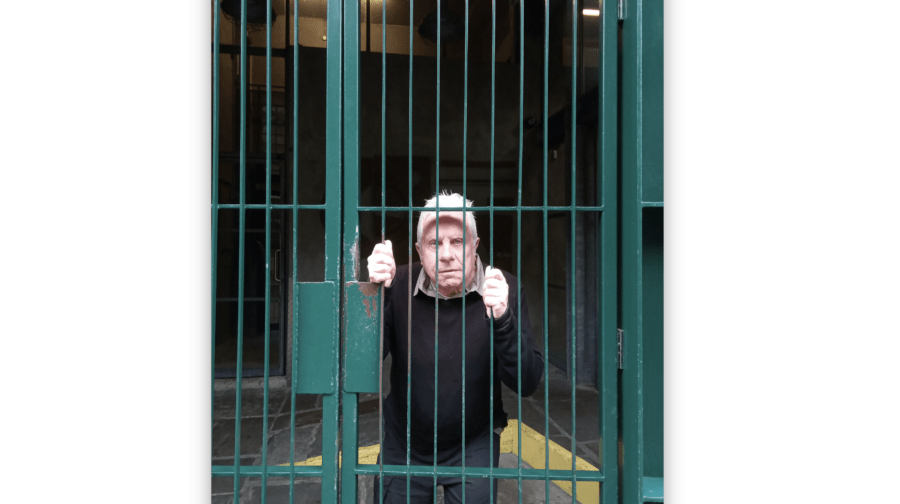 Photographer Brian Griffin was born in the Black Country to a family that had for generations been human fodder for the local steel factories, something that he vowed he would never be. But that is easier said than done, writes Michael Holland…

Brian didn’t set out to be a photographer,‘it was decided for me,’ he claims. In his quest to avoid a life that had killed off many of his family at an early age, he went to ‘a good school’ and then got an apprenticeship as a ‘pipework engineering estimator’. Alas, while semi-avoiding getting his hands dirty in amongst the factory grease and grime Brian was suddenly left broken-hearted by his girlfriend. It was a sad time where he felt that he had to ‘get out of this place and have nothing to do with it any more’. Drastic measures needed to be taken so he chose an escape through something he had been enjoying as a hobby and took up a photography course at Manchester College of Art & Design: ‘I saw that as a way to get out quick,’ he recalls.

Moving to Manchester was his first time away from home and he remembers thinking ‘What have I done? I don’t even like photography that much!’ The first thing Brian Griffin photographed on the first morning of the course was an egg. Such are the beginnings of the man The Guardian named the “Photographer of the Decade” in 1989. 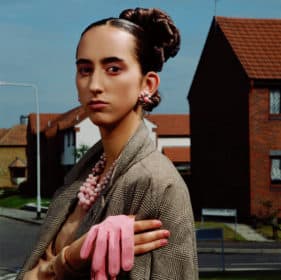 On graduating with a First, Brian worked in a steelworks to raise money to move to London and eventually, with three student colleagues, found a flat in Wimbledon where a lot of cannabis was smoked.

After signing on the dole ‘I knocked on every door in London to get a job, but by September I was about to give up.’ It was then that Brian saw an ad for an assistant to Lester Bookbinder, a photographer Brian admired, so off he went with his college portfolio. When Bookbinder saw the work he said, ‘You shouldn’t be an assistant, you should be a photographer.’ He directed Brian towards Roland Schenk, who was said to have created the business magazine Management Today’s iconic look. Schenk also looked at Brian’s portfolio and said, ‘You’re the new Robert Frank,’ a photographer best known for his groundbreaking book, The Americans.

So here’s Brian, just weeks out of college, being compared to legends. ‘I was terribly flattered,’ he says 50 years later and now able to contain his excitement. The young graduate was given a job immediately and his career began on the ‘very bottom rung’. The first assignment he was given was at Convoys Wharf, Deptford.

But he still felt he had to find his own style so immersed himself in films at the BFI. He could relate silent German Expressionist Cinema to his Black Country childhood, and in that genre he ‘began to understand the symbolism inherent… which I gradually introduced into my images.’

In a life lived behind a lens Brian took photos for many magazines, shot numerous album covers and music videos. He says his career ‘just went up and up and up’. In fact, his list of sitters is an absolute who’s who of everyone. He drops names of mates in without a hint of a boast, such as having a few beers with Lord Snowdon in The Blacksmiths Arms, sharing joints with Ian Dury at an awards ceremony, or taking mushrooms with Martin Parr in the woods around Hebden Bridge, his Black Country dialect now pretty much hidden beneath half a century of London living. I can tell he has a quirky sense of fun and likes to make his own rules.

In 1980, Brian moved to Rotherhithe, into an old warehouse that became his studio, then further down Rotherhithe Street later on. ‘My work brought me down here and I liked it, so stayed,’ He tells of notorious parties and of setting out to know the locals so as not to be an outsider. Having grown up amongst factories, Brian knew he would be at home amongst people with similar backgrounds. He frequented the Mayflower and writes about the customers he made friends with in his latest book, ’Black Country DADA 1969-1990’, an autobiography in words and pictures of his life during those years: ‘In the small bar a collection of characters would gather, ranging from armed robbers to pickpockets’. He named Nick the Vic, from St Mary’s church, and a few other locals, so I switched my recorder off for a while as we swapped tales.

1969-1990 were good years for Brian. He established himself as a freelance photographer and as the years rolled on he was given major commissions, his books and photographs won many awards, he exhibited around the world, had a Time cover, received a Honorary Doctorate and was given Professorships, and has a client list to make your eyes pop out. Undoubtedly, a legendary life. 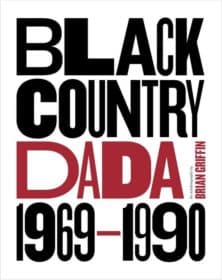 But I found out about these achievements from reading his book, and not from the interview, although he had ample opportunity to tell me. This is not modesty but coolness. Brian Griffin is cool, and that comes from within, plus knocking about with some of the world’s finest for most of his life. Pushing him you get to hear about doing work for the Queen, meeting heads of industry and snapping major stars: Iggy Pop, McCartney, Elvis Costello, Donald Sutherland… But he also doesn’t mind discussing the shoots that went wrong, such as having to photograph David Bailey and David Hockney, or when the images for Star Wars were rejected.

Finishing off, Brian wanted to talk about Rotherhithe, his home for the majority of his life, and the people he has met and photographed, plus the Depeche Mode album cover he shot with them in the old Castrol building Downtown. But those interested in the life and work of this giant of photography can buy the book.

Southwark NewsNewsLife Through a Legend’s Lens