'Our strength is our diversity and any closures will affect us all” - Michael Donovan, owner of Roullier White 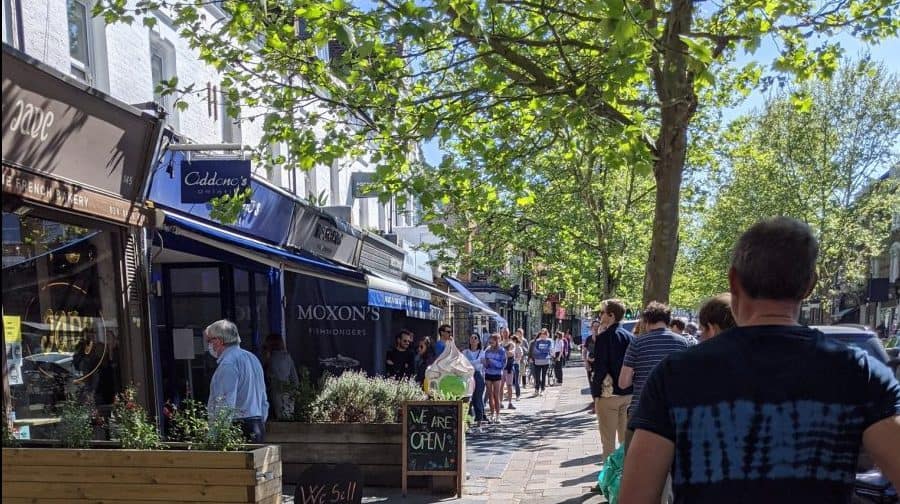 Lordship Lane traders are appealing for a planned controlled parking zone to be postponed until next year to give their businesses a fighting chance of survival.

Southwark Council agreed to put the CPZ on hold during the pandemic, but now traders are keen to delay it until next year to give businesses and their customers more flexibility.

Michael Donovan, the owner of Roullier White and a member of the East Dulwich Independent Business Association, said Southwark Council’s business grants and support had been gratefully received and helped many closed shops weather the worst of the lockdown.

But now, as lockdown is eased and the furlough scheme begins to wind down, many business owners face the difficulties of adapting to the post-COVID landscape and need customers’ support more than ever.

“The next twelve months are going to be very tough for businesses,” he told the News.

“We have to pay back government loans and clear our debts with our landlords which run into many thousands of thousands, plus deal with a potential recession.

“We would implore Southwark Council to postpone this CPZ until after Christmas – a good Christmas this year is absolutely vital for the survival of many stores – when we can look at the practical implications together.”

He fears they will not be the last especially when even with a one metre social distancing rule some smaller restaurants, cafes and bars will struggle to be financially viable – without even taking into account the debt some have accrued.

In a short sighted move, numerous businesses have been refused rent reductions or holidays by landlords Michael describes as behaving ‘atrociously’.

“Businesses that have rented from these individuals for many years have found any appeal for decency and some kind of rent holiday or reduction swiftly and irrevocably rejected,” he said. “They do not appear to grasp that, should their tenant’s business fail, they will find filling the space extremely difficult as nobody will be rushing to open a restaurant or retail business in the near future, so I believe that this is not only morally reprehensible but very short sighted of them.”

Despite these challenges, community support such as the East Dulwich Raffle the News has promoted, government and council support, and loyal custom, has been a lifeline.

“When I reopened Roullier White last week people came in to say hello and we were the first ‘proper shop’ – that did make me laugh –  that they had been in since lockdown,” Michael said.

“They were upbeat, encouraging, supportive and kind and I had missed them badly. Many bought a soap or some hand sanitiser just to support the business and the sense of community was palpable.

“They really had missed us and were worried for our future.

“We must remain cautiously optimistic, stick together and support each other through this unprecedented period.

“To local residents, on behalf of the business community, I would like to say a huge thank you – they have been absolutely wonderful and we are truly lucky to be part of such a warm and generous community.

“I am confident that this support will not fade over the coming months and I hope that it will be enough to save every single one of our remaining businesses.

“The retail offer in East Dulwich has succeeded because of the mix of independent stores and services – our strength is our diversity and any closures will affect us all.”

How independent stores have coped during the crisis

A planned CPZ was stalled during the outbreak, allowing more people to drive and pick up their shopping without using public transport.

Some businesses remained open – mostly food and health shops with others reopening on June 15 with the relaxing of the lockdown.

A large number remain closed for now but anticipate opening in early July including bars, restaurants, the cinema, gym and beauticians.

The two-metre rule means virtually all restaurants are no longer financially viable but some could work around one metre.

Many shops – like Roullier White –  have been selling hand sanitiser and face coverings.

Others are open for takeaway, including Franklins, serving ‘posh fish and chips’ on Friday and Saturday evenings, offering a pulled pint of beer while you wait for collection.

This includes some pubs otherwise closed. The Lordship Pub has been providing click and collect or deliveroo dinners and drinks – including a full Sunday roast.

Shops and businesses now open in Lordship Lane include…