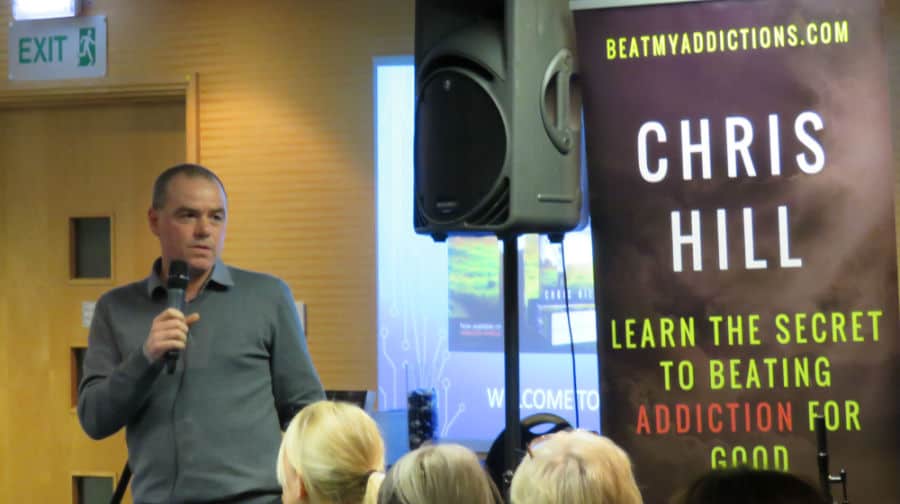 A Millwall fan launched a book about beating addiction at the Den this week after he lost his twin brother to alcohol and drugs.

Chris Hill, originally from Dulwich, wrote his book Get Your Life Back: The Road to Freedom from Addiction, using his own experience of battling heroin and cocaine abuse.

The decision to launch the book at the Den was made as he and his late-brother, Rob, have been fans all their lives.

“I’m trying to align myself with the Samaritans and Millwall to share my message through the community and society,” said Chris.

“There’s not much help out there because of lack of funding. It’s taking people like me to come out and speak until something changes.”

Chris’s decision to write his book came with a risk as no one knew he is a former addict which he worried could affect his car repair business.

“I started about one year ago which was when I came out as an ex-addict. Ten years ago I knocked my addiction and two years ago I lost Rob, and I just thought ‘I can’t hold this in anymore’.

“No one knew I used to use heroin and cocaine and it took a lot to come out and tell people. I risked everything with my business but it was worth the risk.

“My brother was addicted to alcohol and cocaine. He died after having a reaction to an ecstasy tablet. He was addicted for many years and I supported him as much as I could.

“Over the years I was trying all the methods to get clean. I started to understand how the mind works with the body. It took more than a year, slowly beating one addiction after another to get clean.

“I’m just going to keep going till something changes. All my family is Millwall and my brother was a lifelong fan. I just want to make a difference.

“If this goes well I will start doing this full time. My time is best spent helping.”

Chris is now looking to do more talks to help people struggling with addiction, having already raised £2,500 for the Samaritans through a 24-hour Facebook Live event.

To get a copy of Chris’s book, visit www.amazon.co.uk/Get-Your-Life-Back-Addiction-ebook/dp/B01LVVGTXG

MillwallChris HillThe DenGet Your Life Back: The Road to Freedom from Addiction