They completed the sweltering Sunday ramble in less than ten hours 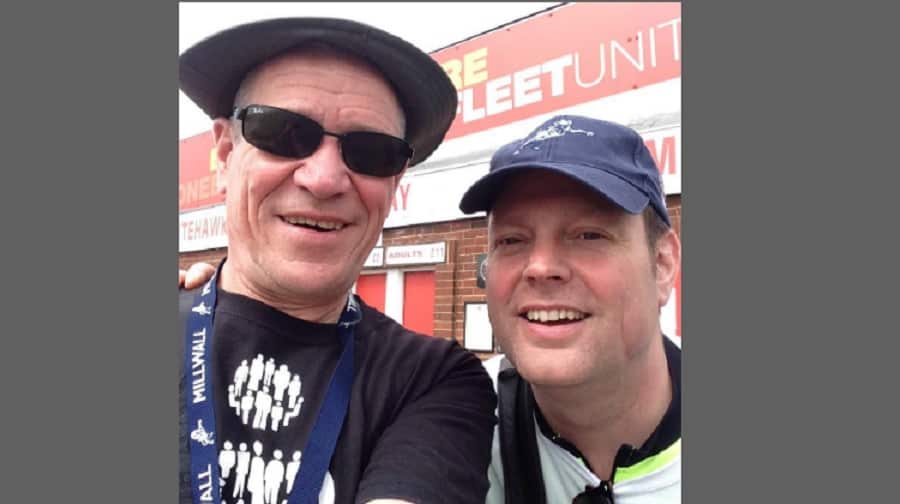 More than £5,000 has been raised by two life-long Millwall fans who walked 30 miles from The Den to Gillingham FC for charity.

After completing the sweltering Sunday ramble in less than ten hours, Kevin said: “The last eight miles were agony, but it was great.

“People came to wave us down from The Den and people we met on the way through Welling were dropping us donations. Phil’s sister came along and gave us some ice-cold beers, and then Millwall won on Sunday, which made it all the sweeter.”

The two season-ticket holders set off at 9.15am on Saturday, and said they had to turn around at one stage because Philip had forgotten something, but arrived in Gillingham at 7.30pm.