Listen to the community on Pumphouse future, urge Rotherhithe residents

Whatever the proposal, the council and the developers must consider the local community first. 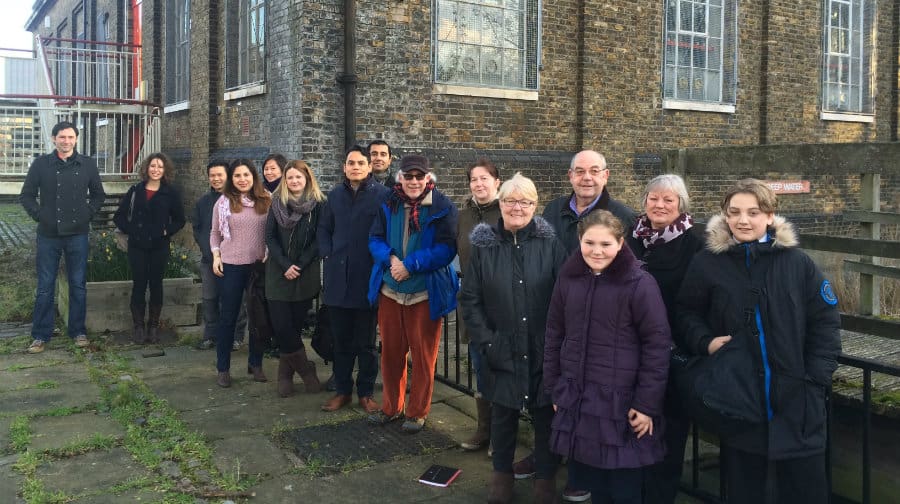 Residents outside the Pumphouse

Rotherhithe residents have urged Southwark Council to consider the local community when making their final decision on the future of the Lavender Pond Pumphouse.

Several proposals, including one for a controversial 350-seat theatre and others for a boat repair yard and an art gallery, have been submitted to the council for their consideration on the future of the docking icon.

Kirsty Burton, of the Pumphouse Revival group, told the News: “I don’t necessarily have strong opinions on the theatre because we are going to scrutinise any business along the same issues of heritage, ecology and transport.

“There’s a lot of passion for the area. It’s amazing – so many people have stories, people have lived here for years, since childhood. We’re thinking forward, not back – but we need the right proposal, not just any.”

The community group highlighted ‘three pillars’ of concerns for future developments at the site: preservation of heritage, ecological protection at the beautiful Lavender Pond Nature Reserve and upholding the integrity of the local infrastructure, including traffic.

Resident Tim Donovan, echoing the views of a number of residents, said that people living in the area deserved better than to have a busy theatre suddenly dropped into their community. He said: “People have worked hard all of their lives to live in a nice quiet area. You’ll have people leaving the theatre at whatever time it closes, hanging about, chatting and saying goodbye.”

Other residents have voiced their concerns about the impact regular theatre shows watched by hundreds of people would have on the area, especially given the poor public transport in the peninsula.

Other residents, however, favoured the proposal for a theatre.

Jessica Siegel said: “I very much welcome the addition of a theatre to my road, and I believe that the Pumphouse is ideally suited for such a venue.

“I often go to the theatre in London, and I know that theatre patrons are quiet, respectful and bring a wealth of culture to the community. I would be keen to attend the theatre myself, something which I cannot currently do in Rotherhithe.”

Residents argued that, whatever the proposal, the council and the developers must consider the local community first.

Rotherhithe councillor Kath Whittam, whose home overlooks the Pumphouse, said: “No matter which proposal is approved, it will have to go through planning where these issues will be addressed.

“As a councillor I am very concerned. The council does not have money to renovate the Pumphouse itself. We are looking for someone to sign a long-term lease, of 25 or 99 or 999 years. Somebody will have to have large pockets and want to be in there for the long term.”

Search Pumphouse Revival for our website or find us on twitter at pumphserevival. Look forward to hearing your thoughts.