It has given me a sense of belonging in Thamesmead 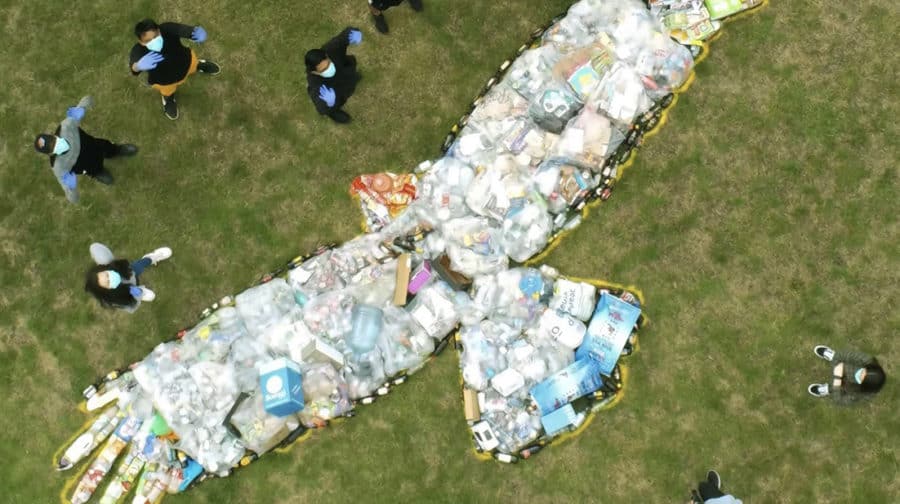 A group of environmentally aware young people in Thamesmead have used litter to make an artwork highlighting the plight of an endangered bird of prey.

The ‘Marsh Harrier’s Shadow’ was created by the Youth Eco Development Council (YEDC), local youngsters passionate about creating change in Thamesmead, in collaboration with  artist Miyuki Kasahara, and funded by Peabody and the National Lottery Heritage Fund.

YEDC organised a litter pick from around the town and used the 2,500 litres of rubbish they collected to create a silhouette of a flying Marsh Harrier. Local resident Dave Cooper captured the development of the artwork from above with a drone camera. It can be seen on the YEDC Thamesmead YouTube channel. 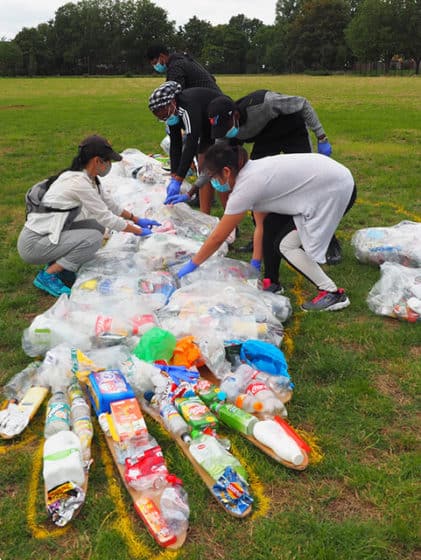 YEDC member, Michelle Ndlovu, aged 17, said: “I have really enjoyed doing something so positive for our community, and it has given me a sense of belonging in Thamesmead, I feel more connected to our local environment and know that I have made a difference with my involvement.”

Artist Miyuki Kasahara added: “The Marsh Harrier was once a common sight on marshlands in the UK, including Erith Marsh. Our Marsh Harrier is a message of hope, if we commit to a greener and cleaner future, we can help all species to recover.”

Peabody’s Youth Development Coordinator, Nadia Kassab, said: “YEDC are fantastic role models for other young people in Thamesmead, they have given so much dedication to raising awareness of the effects of litter on their local environment, I am particularly impressed at their commitment to this cause even with the barriers presented throughout the pandemic.”

After being reintroduced from other regions, the Marsh Harrier population has been slowly and steadily increasing since the 1960s, with the number of breeding pairs in the UK now exceeding 400.

They are still under threat by illegal killing, habitat loss and disturbance from increased recreational use of nesting sites. They are on the Royal Society for the Protection of Bird’s Amber List of conservation importance.