Little houses have appeared in Burgess Park – but do you know the tragic reason why? 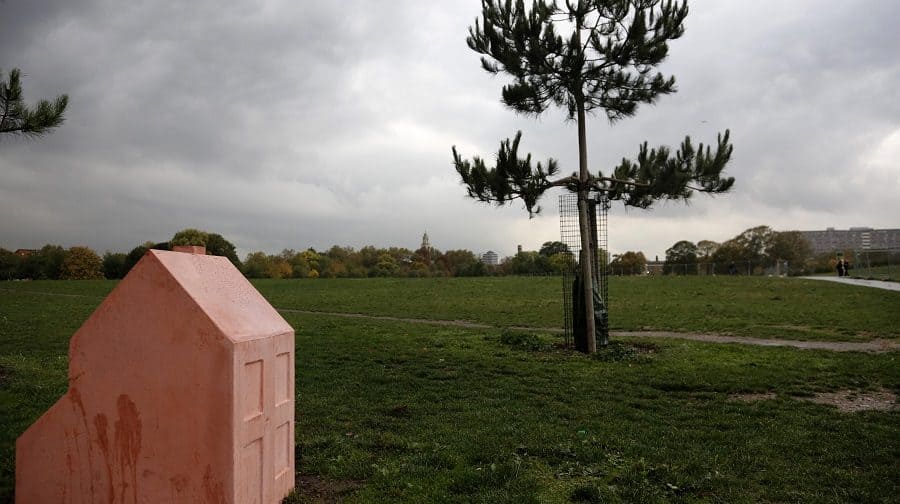 Created by artist Sally Hogarth, the houses form the artwork Silent Raid, and were commissioned by Southwark Council and the Friends of Burgess Park group to commemorate those killed by a World War One zeppelin bomb.

The bomb landed on what used to be Calmington Road, and is now Burgess Park, on October 17, 1917. Ten people were killed, including four members of the same family, and around 24 injured. Much of the street was destroyed.

The houses are at the northern end of the park between Albany Road and the Lake. Some are darker in colour, signifying that they are nearer to where the bomb landed. The varying heights reflect the age and gender of the victims.

Artist Sally researched the tragedy with the help of Friends of Burgess Park and the Southwark library and archive, finding photographs, recordings, and interviews with survivors.

“After spending time in the park itself, I came to appreciate that where the park stands today had once been covered by buildings and houses which were destroyed by war,” she said.

“The absence of their existence and public awareness of this in the present day, created a powerful feeling I wanted to convey in the work.” One of the houses, overlooking Burgess Park

The artwork was unveiled 101 years to the day the bomb landed, and is part of a series of events to commemorate the centenary of the armistice.

Councillor Rebecca Lury said: “Today we remember the lives, buildings and history of this vibrant, exciting and ever evolving area.

“We take a step closer to understanding the people and the landscape that came before today’s Burgess Park, and recognise the terrible impact of the First World War on civilians, here in Southwark.

“I would like to thank Sally for her beautiful and thought provoking work and I look forward to joining the park’s many visitors, in appreciating it over the coming years.”

Southwark is holding remembrance events throughout October and November.

A remembrance service and wreath laying ceremony will also take place at the council’s Tooley Street building at 11am on November 12.

A World War One battle sites photo exhibition, by Tony Linforth-Hall, will also be on display in Southwark Council’s foyer from November 7-12., and a further exhibition will be held from November 13-20 entitled ‘Local connections and those at home’.

Theatre ensemble group Tangled Feet is also looking for local historians, people from the forces or ex-forces communities and schools to get involved and take part in its Boots on the Ground headphone performance inspired by the centenary, taking place in November in Dulwich Park.

Southwark NewsNewsLittle houses have appeared in Burgess Park – but do you know the tragic reason why?