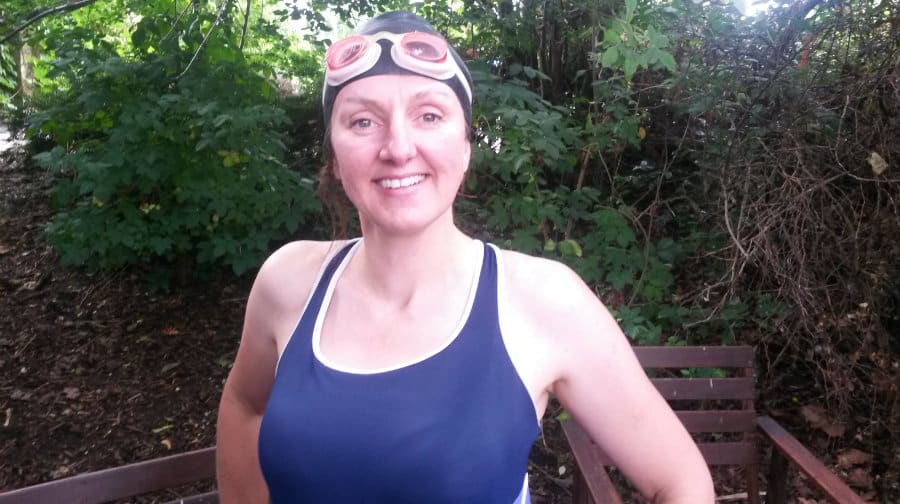 Sue Gianstefani is ready for the British Transplant Games

A woman who donated her kidney, her eggs and part of her liver to total strangers, is now preparing to compete in the British Transplant Games.

Sue Gianstefani, of East Dulwich became the second person in the country to donate part of her liver to a stranger earlier this year and is possibly the only person in the UK to have made multiple altruistic organ donations.

Accepting organs from a stranger, or an altruistic living donor, was illegal in the UK until 2006 because of concerns that people could be coerced or offered financial incentives to undertake the surgery.

Now it is possible to donate your organs or parts of your organs to total strangers without ever meeting the recipient.

For years Sue has been battling to raise the profile of living donors and this weekend she is hoping to get them on the winners podium at the British Transplant Games in Newcastle.

The sporting competition was set up in1978 to promote transplantation and get more people on the NHS Organ Donation Register.

This year is the first year living donors have been officially invited to take part, much to Sue’s delight.

“It’s absolutely fantastic! I’m really excited about it,” said Sue, 47, who is competing in a freestyle swimming relay on Saturday.

“Living donors make up 46 percent of all organ donors, yet we are scarcely mentioned alongside deceased organ donation, which I, along with others, am trying to change,” she added.

After training three or four times a week in Crystal Palace pool Sue has got her time down to 47 seconds for 50m.

“I’m just excited to take part but it would be great to bring back a medal,” said Sue.

Following surgery to remove one of her liver lobes in December 2013 to save someone else’s life, Sue has focused her energy on encouraging other people to become living donors.

“It’s a really fantastic way of helping people. It completely changes other people’s lives for minimal risk to your own life,” she said.

“Everybody’s overwhelmed with the world’s problems and we think there’s nothing we can do about it. This is one way we can actually do something positive.”