Local artist unveils incredible mural featuring Michael Caine, Florence and the Machine and other Southwark talents at Elephant and Castle

Perhaps surprisingly, there is also an appearance in the mural by outgoing mayor of Southwark, Dora Dixon-Fyle 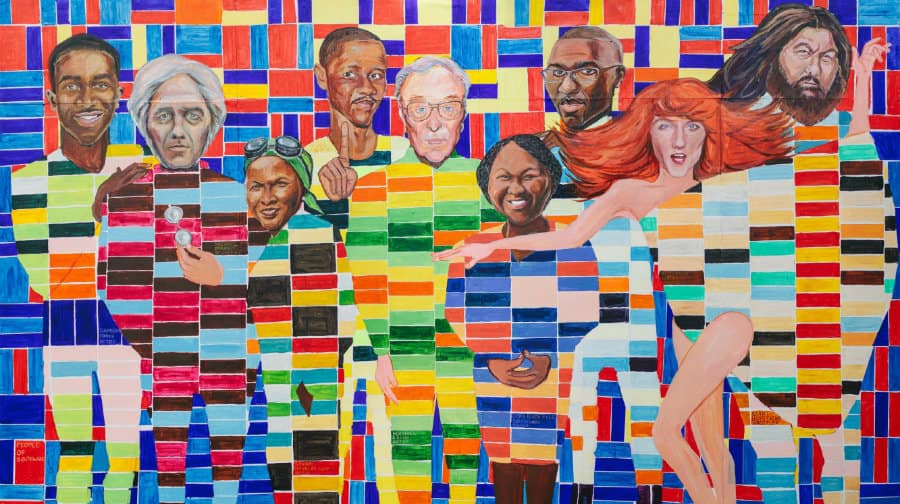 AN UP-and-coming artist has painted a stunning mural of Southwark’s finest contributors to the world of film, music and science – and popular former mayor Dora Dixon-Fyle.

Ibiye Camp, 24, unveiled the giant mural last week at The Artworks shipping-container Business Park at the Elephant and Castle, by the junction with Walworth Road.

The artist, who lives off East Street, said: “I wanted to give local people something to talk about on their way to work. It’s more about familiar faces from south London than choosing famous people.

“I also wanted it to remind people of the mosaics that were on the underpasses at Elephant and Castle.”

Perhaps surprisingly, there is also an appearance in the mural by outgoing mayor of Southwark, Dora Dixon-Fyle.

Among the famous faces (appearing from left to right) are: