Local group given lease and funding for historic Crossbones cemetery

The funding deal is connected to the nearby Landmark Court housing development, which caused controversy among locals when approved last summer 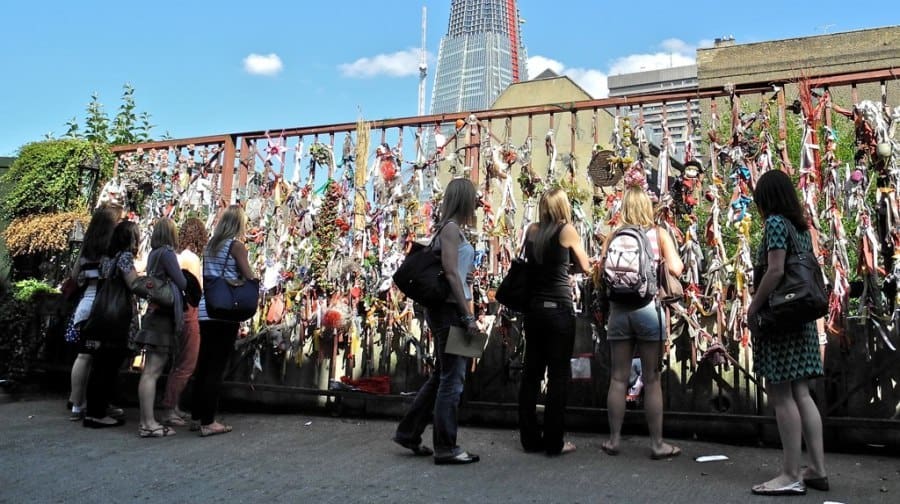 Bankside Open Spaces Trust has been given a 30-year rolling lease for the Crossbones cemetery and memorial garden in Southwark, in a move that the group says helps secure the future of the historic graveyard, writes Kit Heren…

The new lease is the result of a deal done by Transport for London (TfL) and developer U+I in connection with U+I’s construction of the neighbouring Landmark Court. The developers have been contacted for more information on the nature of the deal. BOST was previously managing the cemetery on a two-year lease.

As part of the new deal, the neighbourhood group will also get money for wardens and to maintain the garden, while opening hours will be extended. TfL and U+I have also drawn up plans to improve the landscaping of the site.

Charlotte Gilsenan, who leads BOST, said the group was “thrilled” with the outcome.

“Following our agreement, there is now the funding and certainty to bring about the community led vision for Crossbones Graveyard and memorial garden, including welcoming many more visitors to this hidden sanctuary.”

The Crossbones cemetery, on the corner of Union Street and Redcross Way, is thought to hold the remains of about 15,000 people. Historians think that it could have been an unconsecrated burial ground for sex workers and other marginalised people. The cemetery was closed in 1853.

The graveyard is next door to U+I’s Landmark Court housing project, which will add 36 more homes to the area. Some 50% will be “affordable”, above the minimum of 35% set out by Southwark Council. The scheme will also include 200,000 square feet of shops and office space. Work is expected to start this year and finish in 2024.

But the housing development drew the ire of local campaign group Living Bankside when it was given planning permission last summer.

Chair of Living Bankside Amir Eden criticised the approved scheme for not providing “100 per cent affordable homes” to key workers.

In an open letter to Mayor Sadiq Khan, the group said: “In 2017 Living Bankside supported your justified call for a proper pay rise for key workers / emergency workers.

“We indicated that by building genuinely affordable homes at Landmark Court in close proximity to two of the world’s renowned teaching hospitals, various schools, police stations and fire stations that together we can lead by example on supporting key workers and on how to address London’s housing crisis.

“Many of our Key Workers, such as our nurses, doctors, teachers, police and firefighters continue to find it increasingly difficult to live in London.”