"I spoke with the 200 frightened people in basement [of a pub] and told them that there were armed officers outside, we were safe and we would evacuate them as soon as we could. And I got a big round of applause." 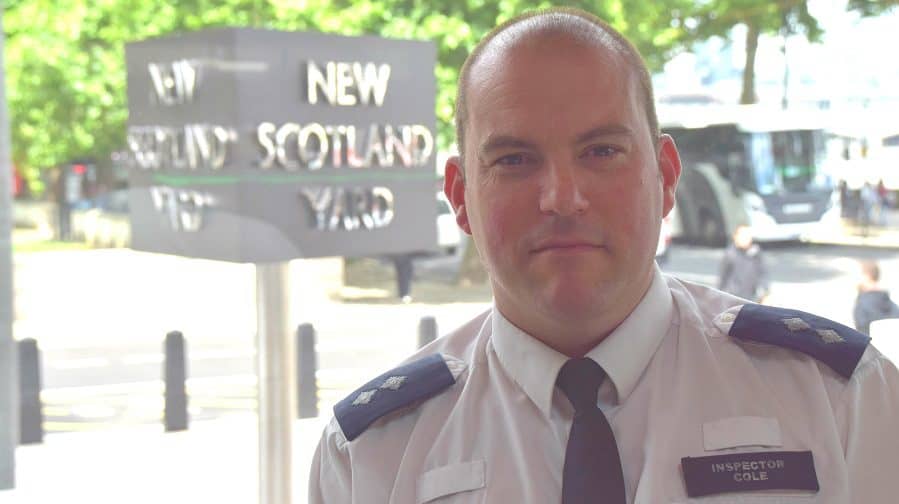 A Rotherhithe copper has given a detailed account of the “pandemonium” of being caught up in the London Bridge terror attack.

41-year-old Inspector Jim Cole, who has eighteen years’ experience in the Met, had just been finishing his shift at Peckham Police Station when the call came in.

“My colleague had been listening to the police radio channel and he came running in to tell me a van had ploughed into pedestrians on London Bridge. I instantly knew it was serious and I feared the worst,” explained Inspector Cole, who also leads the Safer Neighbourhood team in Rotherhithe.

“It was all hands to the pump, it was like something out of a Battle of Britain film. Everyone went running and every available police vehicle was filled with officers. My lot got into a police carrier and we went up to London Bridge.”

He was on the scene at about 10pm, when the three knifemen had started their rampage through Borough Market and the high street.

“We pulled up in Borough High Street by the war memorial and we made our way on foot to Borough Market. We had some updates on the radio about at least three men attacking people with knives, but it wasn’t really a clear situation and we were not really sure what to expect.

“When we got there, there were a number of armed officers and there were casualties on the pavements. I asked my officers to form a cordon to stop the public from going into the market, and that’s when the shooting started just behind us. We had no idea what was going on, we didn’t know if it was us shooting or if the bad guys had guns.”

Inspector Cole’s first priority was to help those injured and to keep the petrified members of public safe during the pandemonium. Inspector Cole spotted a nearby pub in Southwark Street and decided it was the safest place for people to shelter.

“We got the door open and I instructed my medic to set up a triage area downstairs,” explained Inspector Cole. “There was a casualty on the pavement near me. I saw a marked police car. I flagged it down and I got the driver to get the casualty out of there. I then saw a few injured people who were bleeding, including a man who had been stabbed in the stomach, and we got them to safety in the pub. I then heard more shouting and a stream of people came out of the market screaming and panicking. I got them to go into the pub’s basement as a place of hard cover.”

He added: “It then started to stabilise a bit. It felt like that had only been a few moments, but it had actually been about ten or fifteen minutes.

“I then checked in with my medic, who told me no one he was treating was immediately critical and they were stable at that point.

“On my radio I could hear officers on London Bridge desperately calling for ambulances, they were doing CPR on people. I decided I had to get my medic up there to help, but I didn’t know what the threat was to their safety. I managed to grab a couple of armed officers and they escorted my medic, and another police medic, up to London Bridge.

“I then went outside to find help for the man who had been stabbed in the stomach. I found a police car and I instructed some officers to get him to hospital.”

After getting the news that the immediate threat had been dealt with, Inspector Cole went to relay the information to the members of public sheltering in the pub.

He said. “I spoke with the 200 frightened people in the basement and told them that there were armed officers outside, we were safe and we would evacuate them as soon as we could and I got a big round of applause. That was a really nice, unexpected moment. It was a nice touch.

“It then started to calm down and we started to evacuate people from the area.

“All the first responders then went back to Southwark Police Station and other police units took over.”

Inspector Cole said his autopilot took over that night as he dealt with the unfolding situation.

“You have no time to think about anything, it’s almost robotic,” he said. “It’s really automatic, it just kicks in. You don’t really have time to consider your own safety. It was just a case of making sure everyone was doing their bit. It wasn’t really until the next morning that it sunk in and I thought ‘crikey, that was pretty major’.

“It all feels very surreal, it almost feels like it isn’t real.”

Inspector Cole said it was the most challenging moment in his eighteen-year career in the Met.

“Without a shadow of a doubt, it was the most challenging, most intense situation I’ve dealt with. I’ve dealt with a lot of death and I’ve been to some pretty horrific scenes in my career, but nothing has ever been on that scale. It’s going to stick with me for a long time,” he said.

Inspector Cole said he was proud of his colleagues and his team on the night.

He added: “The team there was brilliant and all the officers working to me did everything I asked them to. Everyone showed courage. No one thought about themselves, everyone was busy helping other people. It really brings home what a great organisation the Met is.”