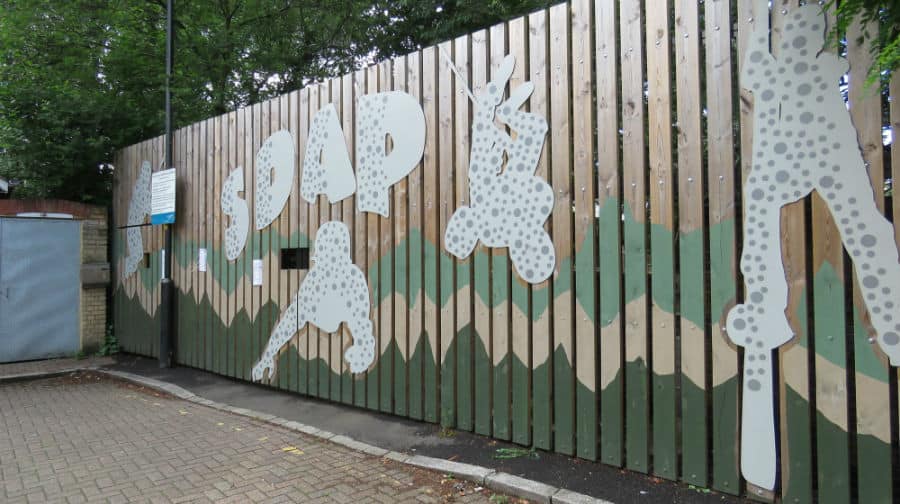 A community adventure playground for children has been blighted by offensive graffiti for years, according to local residents, and staff are not cleaning it up, writes Emma Finamore…

The walls of the girls’ toilets at Surrey Docks Adventure Playground are covered in obscene sexual graffiti, some even naming individual people – who could be children or teenagers using the facility.

One local resident, who asked not to be named, said the graffiti had been there for the past four years, and that staff were not cleaning it up despite being alerted to it. “Painting over these demeaning messages would take a couple of hours.

“Surely this should happen as soon as they occur? And daily checks should be made to find and paint over new graffiti until the perpetrators get the message that graffiti will be instantly removed. We all know that when graffiti is left unchecked, it proliferates,” she said.

“Why haven’t the staff of Surrey Docks Adventure Playground dealt with this obscene graffiti in four years? Are they unaware of child protection issues or it is that they just can’t be bothered?”

She is especially concerned about how the graffiti could affect the mental wellbeing, and safety, of girls. “We know that when young girls are publicly maligned and bullied, their self-worth suffers, which leads to many problems: depression, self-harm, eating disorders, and – a big problem in Southwark – they become easy targets for sexual predators,” she warned.

The playground caters to young children, from just eight years old, up to young teenagers of 16. The resident added: “Whether you’re a 13-year-old girl or a set of so-called responsible adults running a play facility, public humiliation really isn’t any fun at all.”

A Southwark Council spokesperson said: “We would like thank the resident for drawing our attention to this very important issue. We take all acts of vandalism very seriously and will be removing the graffiti immediately.”