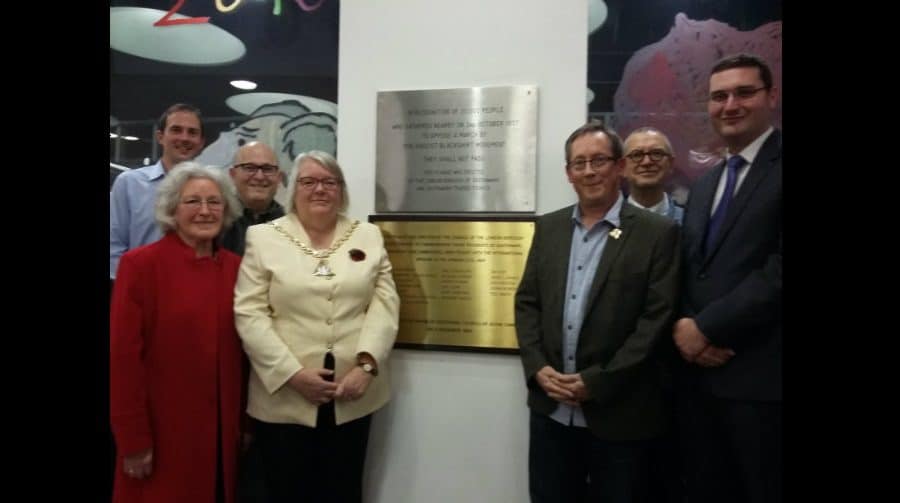 Eighty years since the outbreak of the Spanish Civil War, eighteen Southwark men who volunteered to fight have been re-commemorated with a plaque at the John Harvard Library.

Members of the International Brigade Memorial Trust joined senior councillors for a ceremony at the library in Borough High Street on Tuesday evening.

This month also marked the 80th anniversary since the International Brigade was set up, in which British trade unionists and left-wing people travelled to Spain to “fight for democracy”.

The war took place between 1936 and 1939, and was fought between the democratic, left-leaning Second Spanish Republic, and the Nationalists led by General Francisco Franco.

It was also said in Southwark mayor Kath Whittam’s speech that the last of the British Civil War veterans, Stan Hilton, had died on Saturday, October 21, age 98.

Richard Baxell (pcitured), chair of the International Brigade Memorial Trust, told the News: “People should remember these men, who went to Spain to fight for issues like democracy, and against fascism. Fascism never goes away.

“These were unemployed, working-class people who got up and left their homes, people who had never left the country, and they went to fight knowing they might not come back. And in fact one-fifth of them didn’t.”